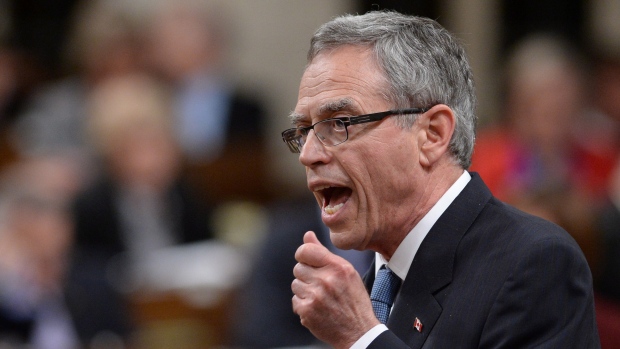 His firm belief that the regulatory and financial reforms have significantly reduced the risk Greece may pose to the entire Eurozone, expressed earlier today Canadian Finance Minister Joe Oliver. Addressing reporters on the sidelines of a Finance Ministers and central bankers meeting of the G20, he highlighted that the mood at the talks was rather “determined” than optimistic, amid increasing fears regarding Greece’s determination to ease the unpopular austerity measures. “There’s a great deal at stake for the global economy,” he characteristically said.

“The United States is doing well, the UK, Canada, Australia, but generally, global growth is disappointing, and there are some regions that are really not doing very well at all, and there are systemic risks in some countries,” Oliver noted regarding a meeting whose major focus has been Greece and its intention to sign a new debt agreement and austerity reversal.

Asked to comment on Greek Finance Minister Yanis Varoufakis‘ description of the Eurozone as a house of cards that would collapse after a possible Grexit, Oliver underlined that he assumes “he is talking to his base,” meaning the Greek voters. “We certainly hope that Greece will stay in the currency union, but that remains to be seen,” he concluded.