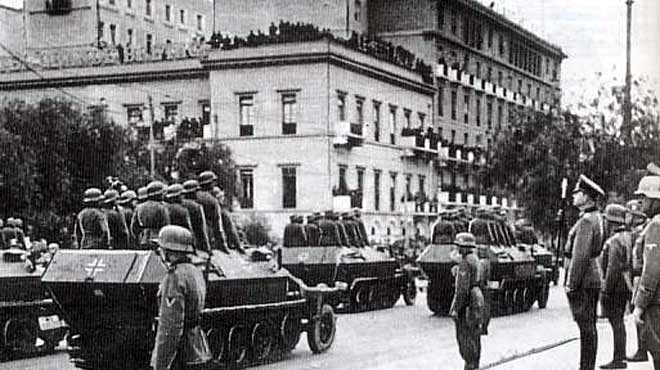 Tsipras, in his first major speech in front of the Greek MPs’ in the Parliament yesterday, described the country’s new program to exit austerity, while eliminating the possibility of any extension of its 240-billion-euro bailout package and vowed to seek war reparations from Germany. The demand for compensation, which rose for the first time in 2013 by the previous government, was firmly rejected by Gabriel who said that “the possibility is zero,” adding that a treaty signed in 1990 has once and for all wrapped up all similar claims. He referred to the “Treaty on the Final Settlement with Respect to Germany,” also known as the “Two plus Four Treaty” that was signed 25 years ago, in September 1990, by former West Germany, former East Germany and the four World War II allies just before the German reunification.

According to the Treaty, the four powers that occupied Germany at the end of World War II (USSR, USA, United Kingdom and France) renounced all rights they held in Germany, allowing a united Germany to become fully sovereign the following year. No reference to war reparations was made in the Treaty and it was recognized as a legal commitment within the framework of the Paris Charter, also adopted by Greece.

For Berlin, the document effectively drew a line under possible future claims for war reparations, thus it denies owing anything more to Greece for World War II after the 115 million marks it paid in 1960, as part of a total of 12 war compensation deals signed between Western Germany and Western nations. Athens, though, said it has always considered that deal as an initial payment, with the rest to be discussed after Germany was finally reunified.

It should be noted that less than a month ago, on January 12, after a report published in Greek newspaper “To Vima” regarding the forced occupation loan taken by the Nazis during World War II and which remains unpaid until today, German Finance Ministry spokesperson Martin Jager said that “no Greek request has been submitted on the matter. Almost 70 years after the war ended, the question of reparations has lost its legitimacy. We do not see any basis to such a request.”