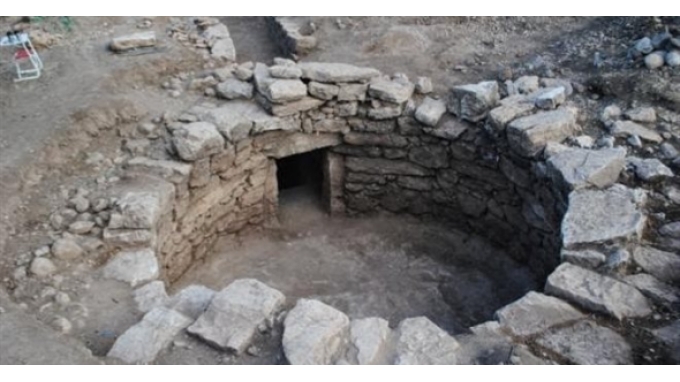 An ancient Greek Mycenaean tomb was unearthed in Amfissa, central Greece, during an irrigation project that required excavation in the area. It is a unique finding, the first of its kind that has ever been found in West Locris and one of the few in central Greece.
The preliminary archaeological study of the findings shows that the tomb was used for more than two centuries, from the 13th to the 11th century B.C..
Within the burial chamber archaeologists found a large amount of skeletal material, which had accumulated near the surrounding walls, while a few better preserved burials were also uncovered.
Furthermore, the excavation revealed forty-four vases with painted decorations, the two bronze fragmented vases, as well as gold rings, brass buttons, fragments of semi precious stones, two bronze daggers, female and animal figurines, and a large number of seals with animal, plant and linear patterns.
The full scientific research regarding the recent finding will be made by a team of archaeologists and it is expected to provide new information about the archaeological and historical development of the region.