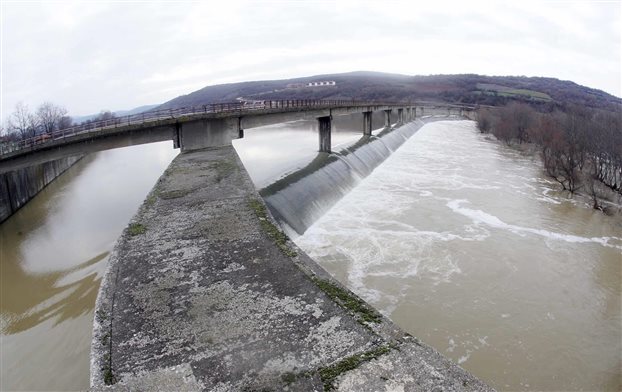 Bulgarian civil protection authorities have sent a warning to Greece and Turkey regarding the dangerously rising levels of rivers Maritsa, Tundzha and Ardas, in the country’s south east. The urgent note issued earlier today informed the neighboring countries of a possible flooding danger, arising after consecutive days of heavy rainfall. On their behalf, Greek and Turkish civil protection officials have already sent data regarding the three rivers’ water levels to their Bulgarian counterparts.

The easternmost Evros region in Thrace is facing major problems as water due to heavy rainfall in neighboring Bulgaria has entered Ardas river and is directed towards Evros’ riverbed, while the rushing water tore down a piece of the border fence with Turkey and the biggest part of the fence is now under water.

It should be noted that the previous days’ incessant rainfall in various parts of Greece, and especially in Epirus, has created serious damages and problems to infrastructure, crops and flooding in basements, shops and farms. The historic bridge of Plaka collapsed due to the heavy rainfall that hit the area of Tzumerka. The news have shocked all of Epirus, since the bridge is the “Acropolis” of their region. It was the largest arch bridge in the Balkans. Today, certain neighborhoods and villages on the Ioannina lake coastline, as well as parts of the lake’s island itself, have been evacuated due to the increasing water levels, while major damages have been caused to numerous buildings.