TechNews
GreekReporter.com Business A Porsche Made in Greece

A Porsche Made in Greece 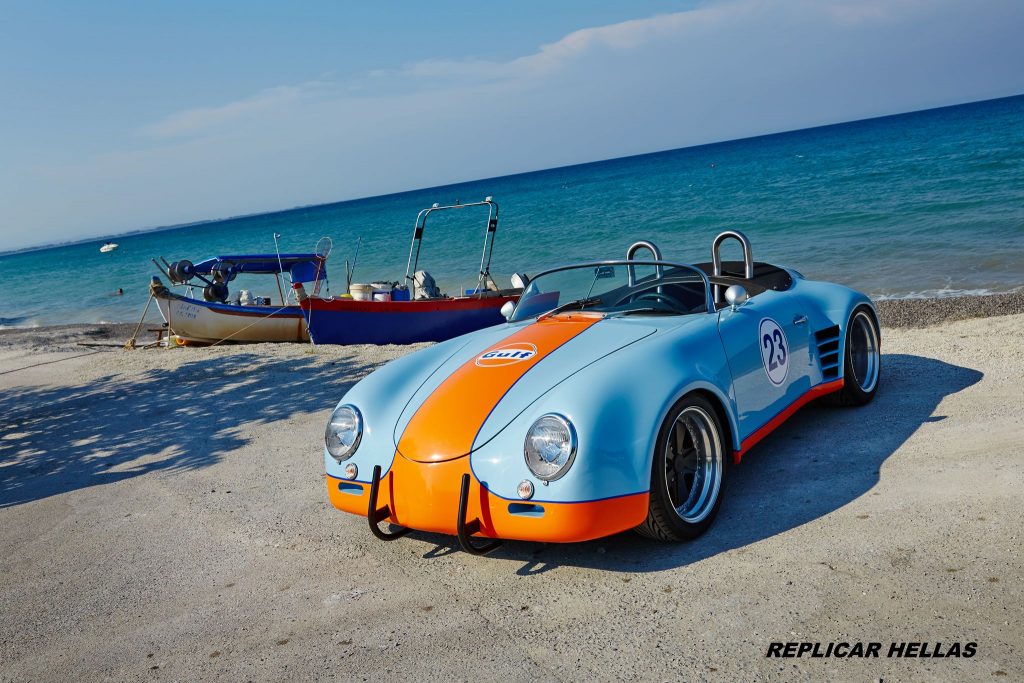 The Porsche 356 Speedster is the emblematic luxury sports car that was first produced in Austria in 1948 and from 1950 onwards in Germany, becoming a timeless status symbol and landmark of German automotive engineering.
Now the Porsche 356 is proudly manufactured in Greece.
Replicar Hellas is an automotive company specializing in replicas of old Porsche models. The models are manufactured from scratch in the company’s factory in the northern town of Katerini, without the use of ready kits from abroad. The models offered are the RCH 356 Speedster, the RCH Carrera Speedster, the RCH GT Speedster, the RCH 550 Spyder, the RCH Carrera Wide Body and the RCH GULF Wide Body.
Replicar Hellas owner Elias Gaganelis grew up in Germany and studied automotive engineering. He has many years of experience working for German automakers. When he decided to repatriate, he brought with him the expertise acquired in Germany. Along with his life dream to build these exquisite models. He started Replicar Hellas in 2008, despite the obstacles such an endeavor entails. Disapproving looks and comments were the first responses Gaganelis received, according to a news247.gr feature. 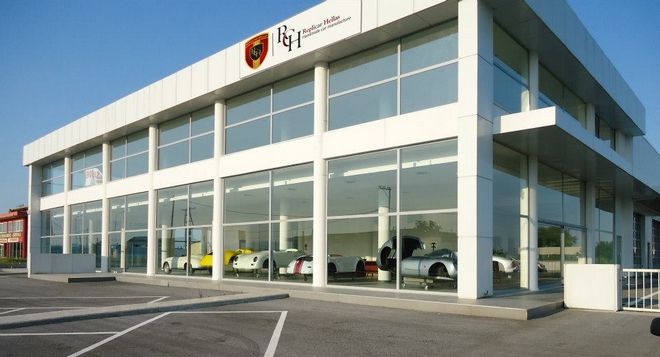 It is ironic that this Greek company manufactures gorgeous, handmade cars that Greeks cannot buy. Or, essentially, cannot drive them in Greece. So far, only three Greeks have bought them but it is illegal to drive them in Greece. Thanks to the unbeatable Greek bureaucracy, the cars made by Replicar Hellas cannot get state approval in Greece, therefore they cannot get Greek license plates.
However, they are approved in Germany, Austria, the United Kingdom and Italy and they can get license plates there. So, basically, if you are Greek and you want to drive them, you can travel to one of these countries, buy one and bring it to Greece with foreign plates. It’s the Greek way.
Replicar Hellas sales manager Thanasis Mitsokapas told news 247.gr that only the previous Deputy Transport Minister had made efforts to support the enterprise but approval procedures stumbled again, this time on the post-election transition period, and according to authorities, the process will finish in two months.
The first customer of Replicar Hellas was German and he bought the first car in 2008. After the first sale, more orders came from Switzerland, Austria, Italy, England, Belgium and Spain. So far, Replicar Hellas has manufactured and sold 40 Porsche 356 Speedsters, almost all of them in Europe.
Along with the 356 model, the company has begun to manufacture the Porsche 550 model, introduced last year. “So far we have sold one Porsche 550 Spyder and there are seven more on order,” Mitsokapas said. Replicar Hellas manufactures two cars per month and the average waiting period for an order is five months.
Regarding cost, the standard version of the Porsche 356 Speedster replica with a 1,600cc engine and 60 horsepower starts at 35,000 euros and may go up to 90,000 euros with extra features such as leather upholstery, high quality carpet, dashboard, instruments, posts, tires, metallic paint, radio-CD, A/C etc. For the 550 Spyder, price ranges between 56,000 and 140,000 euros, according to extras. 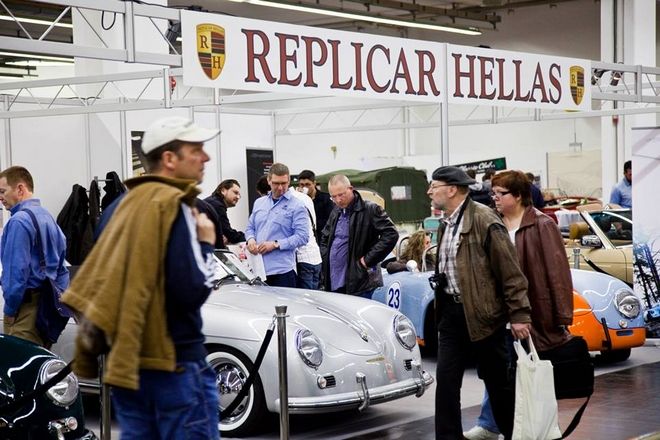 In 2014, Replicar Hellas participated in several auto shows in Europe. “The feedback we received from all over Europe, is that our quality, in general, is unrivaled. There is no comparison. England, which is our main competitor in the Porsche 356 Replica, has inferior quality,” Mitsokapas told 247.gr. In Stuttgart, where the Porsche manufacturing plant is, inspectors of the legendary automotive company congratulated Replicar Hellas, he added.
“There is thought to open the company to investors from abroad, because, unfortunately, people in Greece have not yet understood what we do. And this is our complaint,” Mitsokapas said. Replicar Hellas has proposals from car dealers from Germany, France, Spain and Dubai.
So far, the biggest demand comes from Germany. The Russians have also expressed interest for Porsche replicas, asking for business partnerships.
“Three years ago, we had proposals to transfer our production facility to Germany, Austria, Hungary and the Czech Republic. Gaganelis, as a child of migrants, came to Greece to fulfill his dream. This dream can only happen in Greece,” Mitsokapas said.
“Our goal is to produce 100 cars per model, per year, within five years,” the sales manager said. “The investment required is between 2 and 4 million euros.”

Ursula von der Leyen, President of the European Commission, announced that vaccine certificates would be adopted across Europe on March 17.
Diaspora

The international community expressed its support after central Greece was hit by an earthquake measuring 6.0 Richter on Wednesday.