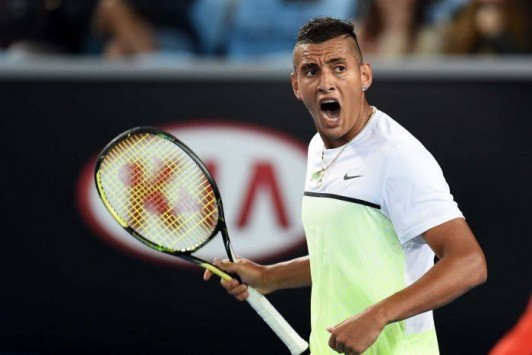 Malaysia Airlines is betting on Greek-Australian tennis player Nick Kyrgios in order to escape from the “curse,” after the two tragic airplane accidents involving the company’s aircraft.

The agreement has already benefited the company since Kyrgios has been very successful in this year’s Australian Open. Malaysia Airlines hopes to increase its ticket sales through online competitions that showcase their collaboration with Kyrgios.

For example, on the Greek-Australian tennis player’s 20th birthday, the company will give away 20 economy class round trips to Malaysia.

In anticipation of Kyrgios’ appearance at Wimbledon in July, Malaysia Airlines will provide the competition winner with tickets to London and the men’s final. The winning prize will cost more than 35,000 dollars. In order to participate in the competition, customers need to purchase a Malaysia Airlines ticket by May 31 and post a message on Nick’s official page, showing their support.

“Nick’s stunning performance at the Australian Open has shown yet again that he is one of the country’s most promising talents,” said the company’s Regional Senior Vice President PK Lee. “The sky’s the limit for Nick but belief wins big so please join us in urging him on as he takes his game to another level in 2015.”