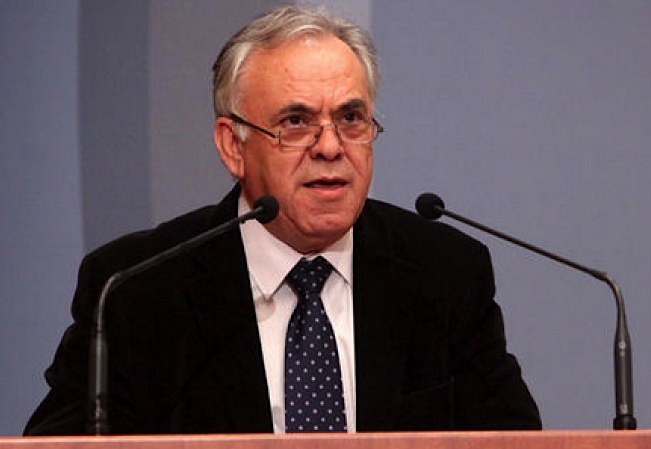 A political agreement with Greece ‘s international lenders may be reached very soon, Greek Government Vice-President Yiannis Dragasakis said on Sunday night, speaking to private television station Mega.
A political agreement will render the request for a technical extension of Greece’s fiscal program unnecessary, Dragasakis said, and will also cover the European Central Bank in anything related to bank liquidity, over which he said he was not worried.
In addition, he did not rule out the possibility of the next steps being mapped out at the meeting that Greek Prime Minister Alexis Tsipras will hold with European Commission President Jean-Claude Juncker on Wednesday in Brussels.
(source: ana-mpa)

Nea Moni Monastery, An Historical Treasure on the Greek Island of Chios

The Nea Moni Monastery on the Greek island of Chios is a treasure from Greece's long history, now listed on UNESCO's World Heritage List.
Greek News

Photographs from a rally organized in Athens in support of  Dimitris Koufontinas, a convicted terrorist who is on hunger strike were censored.
Ancient Greece