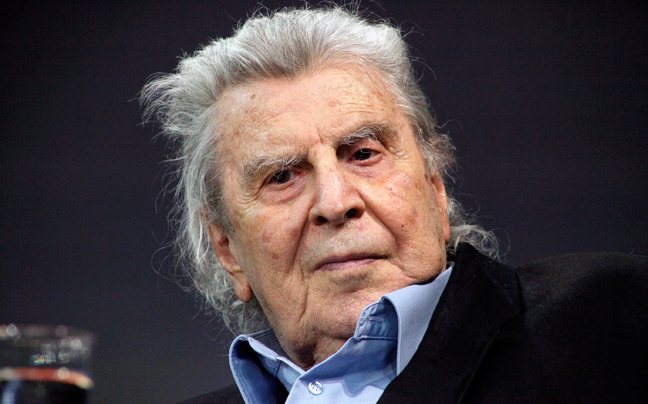 Internationally acclaimed Greek composer, Mikis Theodorakis, with a text he uploaded on his personal website, gives his opinion on the latest political developments in Greece, in which the epicenter is the meeting between the Greek Finance Minister, Giannis Varoufakis, and the Eurogroup President, Jeroen Dijsselbloem.
Mikis Theodorakis text Translates as follows:
The Eurogroup and its Dutch President are images that torture me. I have been through so much, simply because by Fate I was born Greek, and as a Greek I should not only endure the whims of those who are powerful, but to lower my head and even learn to love them! But I could never bring myself to like that Dutchman with glasses.
And so he arrived like an arrogant boss, to scold a nation worthy of laughter and tears, a nation that held its head high forgetting they are the second-class citizens of Europe, the Eurogroup and its President, Mr. Jeroen Dijsselbloem.
But then a miracle happened, like those forgotten in the depths of my memory. Two representatives of these second-class people, Tsipras and Varoufakis, with a rare calm and coolness, presented him with two luminous yet kind “NOs” that angered him to the point of forgetting his role as a “European nobleman” — prompting him to storm away looking for the fastest exit.
It is at this point that all is forgotten. We once again become beautiful Greeks. We stand taller. How and why it happened, and where it will lead are details for the Greeks who have lived and survived with symbolism. And I consider it cowardly to focus on trivialities in a moment of national pride.