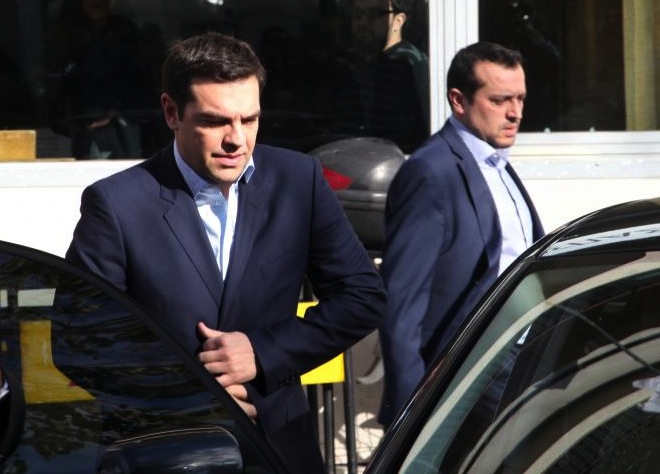 Greek Prime Minister Alexis Tsipras will meet on Wednesday in Brussels with the president of the European Commission Jean-Claude Juncker.
On Monday, Tsipras will visit Cyprus, on Tuesday he will be in Rome, on Wednesday in Brussels and Paris to meet with EC president and French President Francois Hollande respectively.
Yesterday, (Saturday) Tsipras had phone contact with ECB chief Mario Draghi with whom he discussed the latest developments. According to government sources, the two top officials expressed their will to find a mutually accepted solution.
Later on Saturday, Eurogroup President Jeroen Dijsselbloem called Prime Minister Tsipras and told him that there was a misunderstanding during the joint press conference with Greek Finance Minister Yanis Varoufakis, adding that he does not wish to create the sense that negotiations will not continue.
Finally, late at night and after his meeting in Strasbourg with the French President and German Chancellor Angela Merkel, European parliament president Martin Schulz called Alexis Tsipras and briefed him on what they discussed clarifying that there was no negative reference over Greece.
(source: ana-mpa)