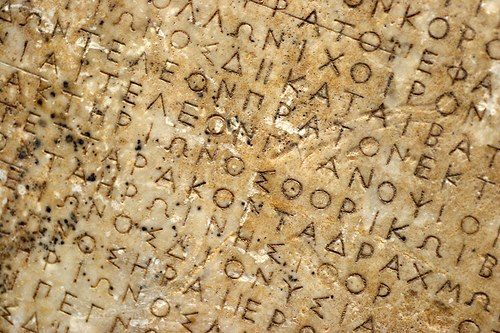 In October, Italy speaks Greek: This is the main theme of the campaign organized by expatriates in Italy, aiming at preserving and disseminating the Greek language.

The campaign’s announcement will be made this coming September, during the events of the second “Greek Week,” which will be organized in the Ancient Greek city of Elea, in Southern Italy.

Furthermore, there will be an announcement regarding the events to take place in Italy on the occasion of October 24, the first day of the Greek Language and Greek Culture.

The Federation of Greek Communities and Brotherhoods of Italy (OEKAI) is promoting the establishment of October 24 (the day the Nobel Prize was announced to be given to Greek poet Giorgos Seferis) as the International Day of Greek Language and Greek Culture.