Portugal and Spain: We Won't Follow Greece in a Possible Rupture With EU 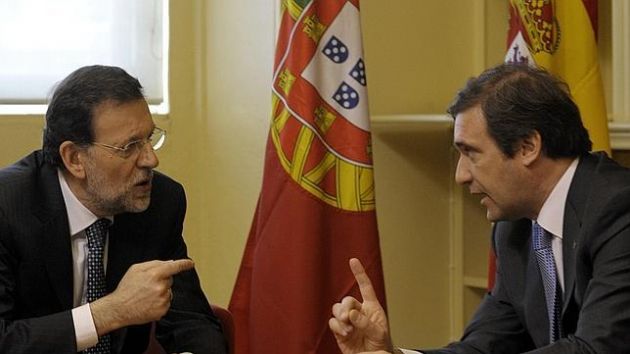 Portugal is not a signatory to a possible Greek request for debt restructuring, clarified earlier today the country’s Prime Minister, Pedro Passos Coelho. Addressing the Portuguese Parliament, Coelho assured that he does not intent to participate in any team promoting this request, while clarifying that his country’s debt is sustainable.
Portugal exited a 78-billion-euro support program in May 2014, after three years of austerity that plunged the economy and led unemployment to a significant increase. Currently, the country is on a growth track, but even though the unemployment rate fall, debt remains high, exceeding 125% of its GDP. Coelho, who has always been an advocate of reforms and spending cuts, underlined that Portugal and Ireland have done their “homework” and therefore they would not risk scaring investors by opening a debt restructuring issue.
In a similar spirit, the chief economic advisor of Spanish Prime Minister, Mariano Rajoy, Alvaro Nadal, speaking in a Madrid radio station, clarified that Greece can follow any policies it wishes as long as it does not clash with the European Union. “If Greece does not provoke the European Union there will be no problem. If it does, there will be problems in various fronts,” he said.