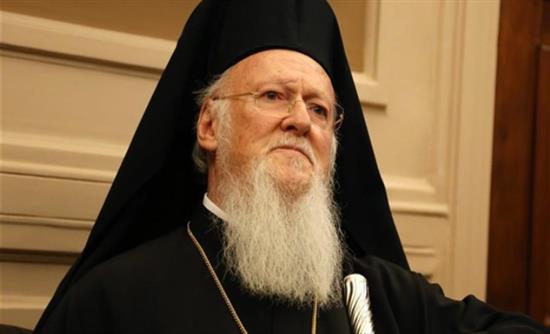 The reconstructed church of Agios Voukolos is the only Christian Orthodox church of the big city of Izmir (Smyrna) in Turkey that survived the destruction of 1922. The church will reopen to the public as a place of worship and Ecumenical Patriarch Bartholomew has been scheduled to perform a liturgy in the church on Friday, February 6.

Agios Voukolos – the patron Saint of Izmir – is celebrated on February 6. The church is located in the district of Basmane and it was recently renovated by the Izmir municipality. From 1922 until its renovation, the space was used as a warehouse, then as classical music and opera hall for concerts and later as archaeological museum and an antiques store.

The Ecumenical Patriarch will tour Asia Minor from Thursday, February 5 to Tuesday, February 10. He will be accompanied by several Greater Regional Holy and Sacred Synod bishops from across the globe.

The Ecumenical Patriarch will attend a hagiographical conference in the Izmir Chamber of Commerce auditorium and will visit the prefect of Izmir, the Ephesus District Officer and the mayors of Izmir, Bornova, Konak and Narlidere.

On Tuesday, February 10, on his last day in the Asia Minor region, Ecumenical Patriarch Bartholomew will visit Agios Haralambos Church in Cesme.

Izmir hosts a very small number of Greeks, amounting to around 200 people. However, the Orthodox community is represented by the presence of Russian and Serbian residents, amounting to a total of almost 2,500 people.