GRNews
GreekReporter.comGreek NewsEconomyGerman FinMin Schaeuble: Any Attempt for Renegotiation a 'Waste of Time'

German FinMin Schaeuble: Any Attempt for Renegotiation a 'Waste of Time' 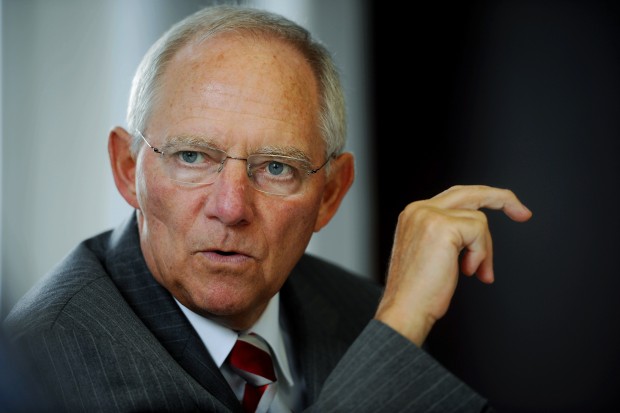 German Finance Minister Wolfgang Schaeuble has ruled out a further Greek debt write off, earlier today. Talking to the European Parliament Economic and Monetary Affairs Committee, Mr. Schaeuble ranked the troika’s intervention as “positive,” while he characterized any attempt for the renegotiation of terms agreed with the country’s creditors as a “waste of time.”
He recognized that the Greek people has suffered more than other European people, highlighting that this is mostly due to the mistakes of the Greek politicians. Regarding Sunday’s election results, Mr. Schaeuble said that the decision of the Greek people is respected, adding that the new government consists of a very “interesting combination” of different political forces. Furthermore, he said that the outcome of the polls was impressive, although, what counts now is to give a solution to the country’s problems.
The German Finance Minister has from his position — along with other Eurozone counterparts — provided the greatest assistance and support towards Greece, but the country has so far made limited use of this assistance. Finally, he said that no one can say that Greece was not on the right track, as the country managed to have a primary surplus, while he underlined that the Greek people still have a difficult road ahead of them.