GRNews
GreekReporter.comGreeceNew Democracy: The Day After a Crushing Defeat in Greek Elections

New Democracy: The Day After a Crushing Defeat in Greek Elections 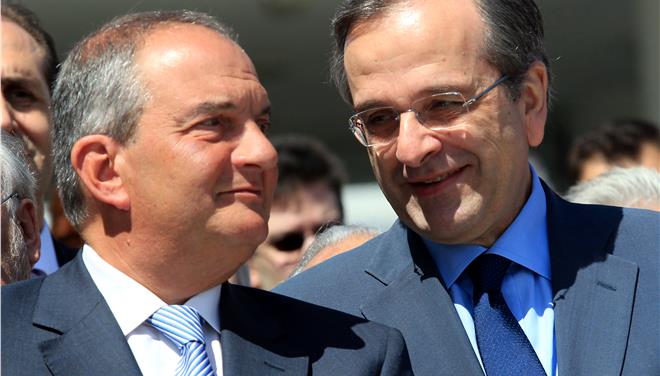 The next day of the Greek general elections found the outgoing New Democracy government in skepticism as well as in quest of the reasons that led to such a heavy defeat. The voices tabling the possibility of a party convention are increasing day by day, and according to circles close to Former Prime Minister Antonis Samaras, this is a probability he is examining, even though he does not want to raise a leadership issue.
The heavy defeat, though, has displeased many party members, especially those closer to Costas Karamanlis, who is still enjoying a great influence among party voters. Evangelos Antonaros, a former Karamanlis administration spokesperson, in a tweet last night, referred to a crushing defeat and total disapproval of the fear campaign and exclusion of the party’s center-right flank from key positions, adding that the party need to return to its roots.
At the same time, and just a few minutes after the election results announcement, the European Union Commissioner for Migration, Home Affairs and Citizenship, Dimitris Avramopoulos, contacted Alexis Tsipras in order to congratulate him for his historic victory. It should be noted that during the last weeks, Greek media referred extensively to the possibility of Avramopoulos being SYRIZA’s nominee for the next President of the Hellenic Republic.
According to Greek newspaper “To Vima,” a sense of coldness prevailed within the New Democracy leadership as they saw the party’s communication strategy collapsing, while the election results designated the numerous mistakes that took place during these two-and-a-half years the party was ruling the country. The crucial question from now and on is who is going to be the one that will officially table a leadership issue. However, according to party sources, Samaras wants to launch internal party developments himself.