Greece: Tsipras' Anti-austerity Coalition Government In the Making After Election 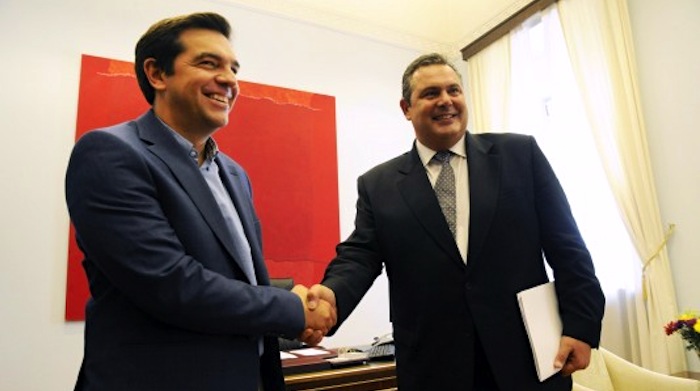 SYRIZA leader Alexis Tsipras is expected to become the new Prime Minister of Greece spearheading a new coalition government of SYRIZA and Independent Greeks (ANEL).
The SYRIZA leader, along with Independent Greeks leader Panos Kammenos, campaigned on anti-austerity promises and reversing Troika measures that the Samaras government had undertaken to satisfy European and international lenders.
At 10.30 am local time Alexis Tsipras is expected to meet Panos Kammenos to confirm his support for the new coalition government.
Right after the first election results were announced on Sunday, Kammenos called Tsipras to congratulate him for his party’s win as well as express support for an anti-austerity coalition government that will renegotiate Greece’s debt.
SYRIZA is now the primary political power in Greece, but the leftists did not achieve majority control of the parliament, electing 149 MPs of the total 300. The coalition will receive additional support from the 17 Independent Greeks MPs and will be able to form a new government that will most likely be officially announced on Wednesday.