Alexis Tsipras: Troika Belongs in the Past 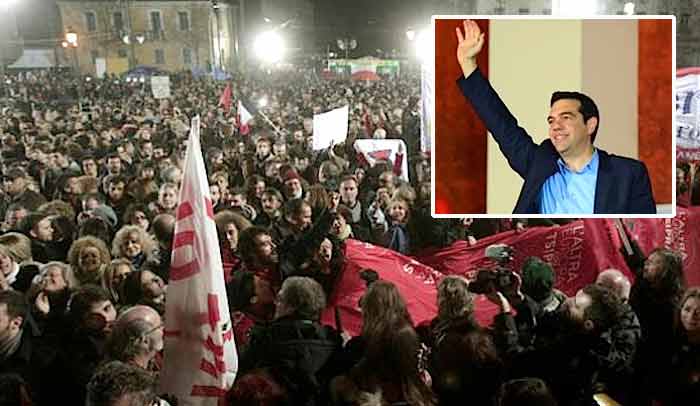 Commenting on his party’s success in today’s general elections, SYRIZA leader Alexis Tsipras, addressing supporters at a big caucus held in downtown Athens, Greece, said that the Greek people gave SYRIZA a clear mandate and sent a clear message that austerity and the Troika of the country’s lenders belong in the past.
“Today we celebrate, tomorrow we start the hard work,” Tsipras said after the results were announced. He said the verdict of the Greek people clearly rejects austerity.
“Today was a defeat for Greece of the elites and the oligarchs. Greece that works and hopes, won.” He promised a way out of the “vicious cycle” of debt. “The new Greek government will prove wrong all those who thought we would fail,” he said.
He promised to restore popular sovereignty and clash with corruption. “We regain hope, optimism and dignity,” Tsipras added.
Punching the air, Tsipras told the crowd: “Today the Greek people have written history. Hope has written history… Greece is turning the page. Greece is leaving the austerity of catastrophe and fear… There are no losers and winners. Those who have been defeated are the elite and the oligarchs… We are regaining our dignity, our sovereignty again.”