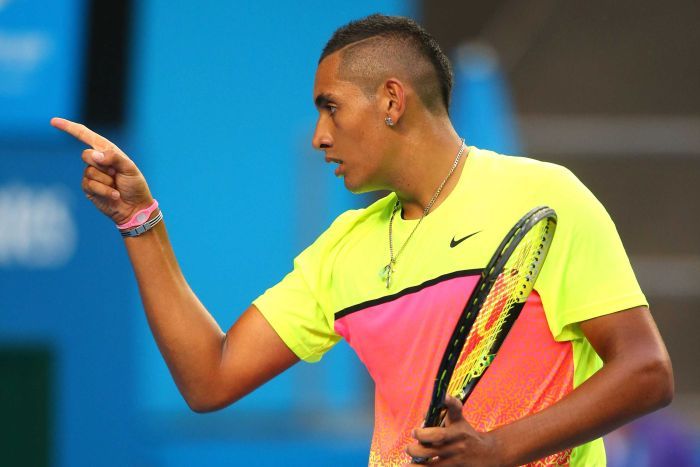 The first teenager since Roger Federer in 2001 to reach two grandslam quarterfinals was out of luck in the first two sets but with the support of 10.000 people in the Hisense Arena he came back dramatically and became the first Australian in 10 years to make it to this round. The last Australian tennis hero was Leyton Hewitt who won the trophy in 2005.

His Italian opponent had the momentum after his staggering crazy win over legend Roger Federer in the third round and chopped up Kyrgios’ hopes rapidly. The Greek Australian, known for his fiery personality, grew increasingly frustrated however managed to win the third set after improving his serve.

The fourth set was a heroic one as both sides put in a massive effort in which Kyrgios saved a match point in the 12th game of it. Andreas Seppi couldn’t keep up though and in the final set failed to pull through, after hitting a wide ball which in turn needed the help of the hawk-eye technology to confirm.