GRNews
GreekReporter.comGreek NewsCyprusRussian Ambassador in Nicosia: Moscow Interested in a Military Base in Cyprus

Russian Ambassador in Nicosia: Moscow Interested in a Military Base in Cyprus 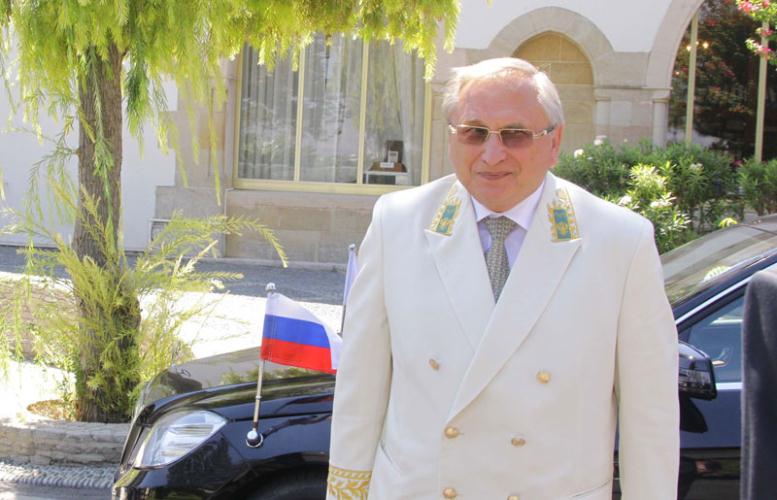 Moscow’s official intention to reach a potential agreement with Cyprus for a military base on the island was expressed earlier this week via Russia’s Ambassador in Nicosia, Stanislav Osadchiy, according to local media. The issue’s resurgence comes just a month before the President of the Republic of Cyprus, Nicos Anastasiades, visits Moscow, which is scheduled for late February.
Answering journalists’ questions, Osadchiy confirmed his country’s interest in an agreement providing military facilitation in Cyprus, but noted that the matter is still under discussion, adding that at this stage, Moscow’s contacts with the Cypriot Foreign Ministry mostly concern the preparation of bilateral agreements to be signed during the Cypriot President’s visit to the Russian capital.
It should be noted that the Russian diplomatic representative in Nicosia said that he is closely following developments concerning the Cyprus problem and the island’s natural gas resources. Furthermore, he revealed that the issue of Turkish seismic vessel “Barbaros,” which on October 2014 violated Cyprus’ Exclusive Economic Zone (EEZ), has also been discussed with Foreign Minister Ioannis Kasoulides and Russia’s will is to break the deadlock from all sides. Finally, Osadchiy pointed out that “we are doing everything to improve the already good relations between the two countries.”
Moreover, on Wednesday, the European Parliament issued a draft resolution for Ankara, underlining the Republic of Cyprus’ legitimate right to enter into bilateral agreements concerning its EEZ, while calling on Turkey to respect the member-states’ lawful sovereign rights concerning the exploitation of their natural resources. Furthermore, in paragraph 33, it reiterates its strong support for the reunification of Cyprus on the basis of a fair, comprehensive and viable settlement for both communities, in accordance with relevant UN Security Council resolutions. Finally, the draft resolution calls on Turkey to actively support the negotiations for the island’s reunification.
Cyprus, which is a part of the European Union since 2004, has been violently divided since 1974 after a brutal Turkish invasion and the following occupation of its northern lands or 37% of its territory. On its part, Turkey has repeatedly denied to recognize the Republic of Cyprus, despite numerous calls by international institutions and the European Union, which Ankara aims to join. At the same time, numerous United Nations-backed negotiations in order to reunite the island under a federal government have failed. In October 2014, Cypriot President Anastasiades suspended his participation in the peace talks following a Turkish NAVTEX for the conduction of hydrocarbons research in Cyprus’ EEZ by seismic vessel “Barbaros,” escorted by a number of Turkish Navy ships.