Greek Tourism Minister: Tourist Arrivals from the U.S. Will Increase This Year 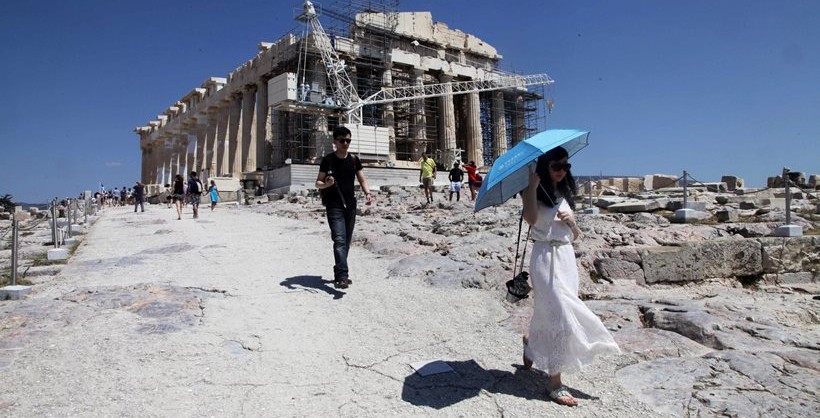 The number of tourist arrivals from the United States will increase in 2015 as a result of the stronger dollar and the decline in fuel prices that affect transport cost, Greek Tourism Minister Olga Kefalogianni said on Wednesday.
At the same time, she noted that political instability and the forthcoming early elections had “frozen” bookings, despite promising signs in previous months that 2015 would be a good year for tourism in Greece.
The minister made the comments during her visit to the Athens Chamber of Commerce and Industry (ACCI) and her meeting with its president and board members. Kefalogianni referred to the decline in arrivals from Russia and Ukraine as a result of developments in the two countries and underlined that Greece now focuses on the tourism markets of Brazil and China.
She also outlined the ministry’s initiatives and actions, noting that tourism in Greece has been rising since 2012. Regarding Athens, in particular, she said that the Greek capital was visited by more than 15 million tourists in 2014, corresponding to an increase of more than 20 percent.
(source: ana-mpa)