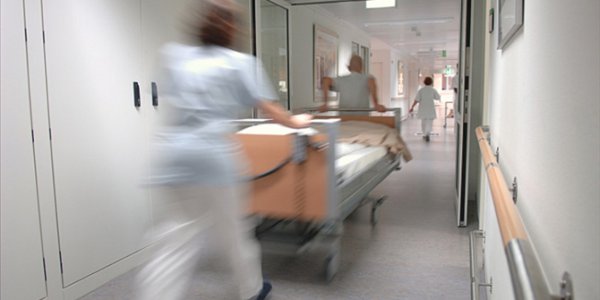 Greek Health Minister Makis Voridis has finally decided to withdraw his decree allowing nurses to prescribe drugs and medical supplies to patients, just three days ahead of the critical January 25 general elections and after fierce reactions from healthcare employees, including the nurses themselves.
Prior to the repeal of the controversial ministerial decision, Voridis was contacted by Panhellenic Medical Association (PIS) President Michalis Vlastarakos, who highlighted that the Greek healthcare system is at risk. In addition, Panhellenic Pharmaceutical Association (PFS) Vice President Giannis Dagres criticized Voridis, characterizing the decree as a “cheap election campaign favor.”
Even representatives of the Panhellenic Nursing Staff Federation (PASONOP) themselves denounced the Ministry’s initiative, saying it was “unprecedented,” which, according to them, was taken without any consultation. As they highlighted, this was a decision of “monumental populism.”
Nursing personnel representatives also note that according to the decree, a series of medical actions may be implemented according to nursing protocols. The Federation of Clinical Experts also issued a statement, demanding the decree’s withdrawal. In its statement, the federation pointed out the paradox that non-specialized personnel would be allowed to prescribe medication, when at the same time doctors are banned from prescribing medication that is outside their specialty.