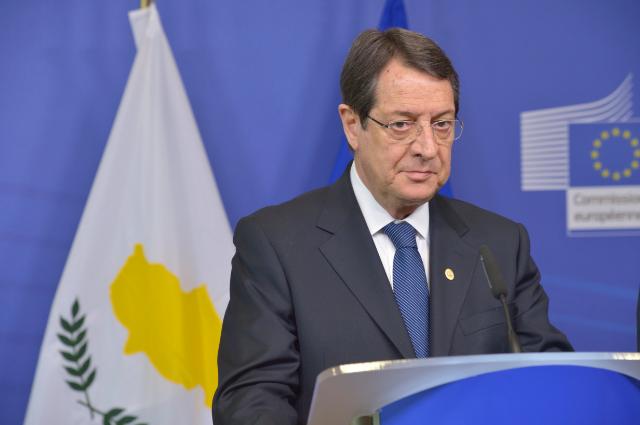 The President of the Republic of Cyprus, Nicos Anastasiades, will attend, along with other European leaders, the 45th Annual Meeting of the World Economic Forum (WEF) that will be held in Davos, Switzerland, between January 21 and 24.

According to a written statement issued by Cypriot government spokesperson Nicos Christodoulides, the President of the Republic of Cyprus “in view of the latest developments on the Cyprus problem, has accepted an invitation to attend and participate in the 45th Annual Meeting of the World Economic Forum in Davos, Switzerland, which will take place between January 21 and 24.” The theme of this year’s Forum is “The New Global Context” and reflects the period of profound political, economic, social and technological change that the world has entered, which has the potential to end the era of economic integration and international partnership that began in 1989.

As stated in WEF’s website, participating in the meeting will be 2,500 leaders, including the heads of 1,000 of the world’s largest and most successful businesses, heads of state or government from the G20 group and other nations, the heads of the world’s foremost international organizations alongside leaders from civil society, labor unions, the world’s major religions, media and the arts. The Forum’s New Champions communities; Young Global Leaders, Global Shapers, Global Growth Companies, Technology Pioneers and Social Entrepreneurs, will also contribute.

The Annual Meeting will provide a platform for over 50 initiatives that are currently being led by the Forum, with the aim of contributing positive, transformative change to the global agenda, as well as those of industry, business and the world’s regions. These include a public-private initiative to help achieve zero net tropical deforestation caused by key agricultural commodities by 2020; a multistakeholder endeavor to stimulate more cross-industry and cross-ministry strategic dialogue on ways to strengthen multistakeholder internet governance ‎and cooperation; and the Forum’s Gender Parity Taskforces, which work with governments worldwide to improve economic opportunity for the female half of the population.

Supporting these endeavors, the Meetings program will feature over 250 sessions, each researched and designed using input from the Forum’s Global Agenda Councils, a network of over 1,500 world-class experts that is focused on identifying and delivering solutions to over 80 individual global, regional and business challenges.