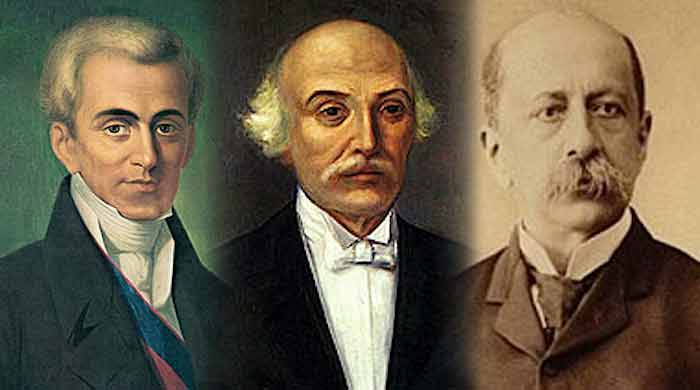 We often associate high-rank politicians with riches and lavish lifestyles. Especially in the years after the fall of dictatorship, the word “politician” is associated with the word “thief” in the minds of many Greeks. The economic scandals of recent years and the ones covered up by the country’s corrupt politicians have made people suspicious of those walking the corridors of power.
Things were different in the past, though. It sounds unbelievable today, but, yes, in the past there were Prime Ministers who actually cared for the welfare of their constituency. In fact, some of them cared so much for the people that they sacrificed their well-being for the Greek citizens’ benefit. They led frugal lives because they either gave their money to the poor or wanted to set a good example. Some even died in poverty.
Among the most characteristic examples was Ioannis Kapodistrias, the country’s first governor to lead a simple life, although he was well-off, as reported in Greek newspaper “Eleftheros Typos.” Kapodistrias distributed much of his fortune to the needs of the state and its citizens, and refused to receive the governor’s salary, stating that his private income was enough for him to make a living.
Andreas Londos, rich land owner and key figure in the Greek Independence War against the Turks, gave a big part of his fortune to the revolutionary struggle. When he became Interior Minister, he gave his salary and later his pension to his fellow fighters. He spent his last years in poverty, selling out his last possessions, and committed suicide in 1846.
The 19th century is full of examples of Former Prime Ministers who passed away without owning anything. Zinovios Valvis, who served two terms as Prime Minister, lived quite frugally and had the habit to dress as a shepherd. He died in poverty in 1872 and was buried at public expense.
Six times Prime Minister Epaminondas Deligiorgis died poor in 1879. The day after his funeral, the state granted his family a 500 drachmas per month pension so that his children would not starve to death.
Seven times Prime Minister Charilaos Trikoupis had entered politics as a rich man and left the Prime Minister’s mansion struggling financially. He was forced to sell almost all of his father’s estate, while he spent the last years of his life living in a rented house.
A similar attitude was shown several years later by George Kafantaris, who served as Prime Minister in 1924. He was not well-off and he had health problems. However, when he was informed that an engineer was offering him a house to stay for free, Kafantaris flatly refused, stating, “I don’t know what favors he will ask for or what problems he wants resolved to propose such a thing.” He asked the engineer to sign an agreement that he will not assert any claims before Kafantaris finally accepted the donation.
The most recent example of poor Prime Minister was Nikolaos Plastiras who went down in history for his simple way of life. He served three short terms in the turbulent 1945, 1951 and 1952. He forbade relatives to use the family name for their own benefit, lived on rent, and refused to have a telephone, saying, “Greece is poor and you’re asking me to have a telephone?”
Plastiras had returned a golden pen he received as a gift from publisher Dimitris Lambrakis. Αt home, he slept in a military camp-bed. When he died in 1953, he left 216 drachmas and 10 dollars to his adopted daughter and the verbal will “Everything for Greece .”