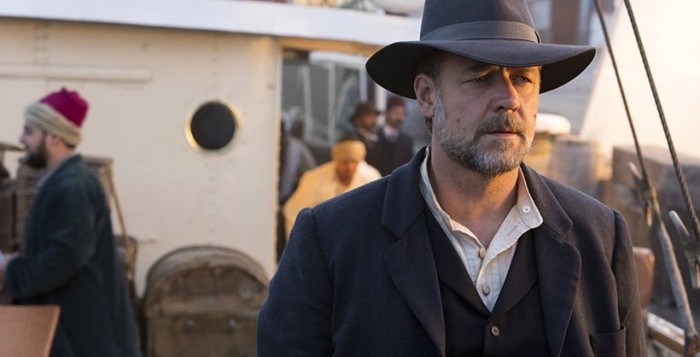 Russell Crowe‘s directorial debut has caused some strong reactions among members of the Greek Diaspora in Australia. The film, entitled “The Water Diviner,” which premiered in the country during Christmas, is set in the early ’20s and focuses on the Australian and New Zealand Army Corps (ANZAC) in the Battle of Gallipoli.

An Australian farmer travels to Istanbul in search of his three sons after the Battle of Gallipoli. He meets Turkish officials who tell him their side of the story about what happened to ANZAC when they were overtaken by Turkish forces, assisted by German and Austrian troops.

According to Dr. Panagiotis Diamantis, Professor of History (specializing in genocide) at the University of Sydney, Crowe and Greek-Australian screenwriter Andrew Anastasios, who wrote the book that inspired the film, tried to send an anti-war message but ended portraying the victims as perpetrators and the perpetrators as victims.

Both the Armenians and Greeks who lived in the region are portrayed as barbaric and bloodthirsty conquerors, not as natives who were forced to defend themselves against the 1914 Ottoman Empire campaign.

Crowe defended his decision, saying that 100 years later, Australians had the maturity to hear the opposite side of the story. However, Diamantis disagrees, stating that Crowe presented distorted facts.

“The first step in setting right a litany of wrongs is a disclaimer at the beginning of each screening of this film, acknowledging that Hellenes, Armenians and Assyrians are the indigenous peoples of Anatolia and that the film may offend them and their descendants,” wrote the professor in an extensive article, published in the Greek Diaspora newspaper Neos Kosmos.