GRNews
GreekReporter.comGreek NewsEconomySchaeuble: 'Greek Politicians Must Not Promise More Than They Can Deliver'

Schaeuble: 'Greek Politicians Must Not Promise More Than They Can Deliver' 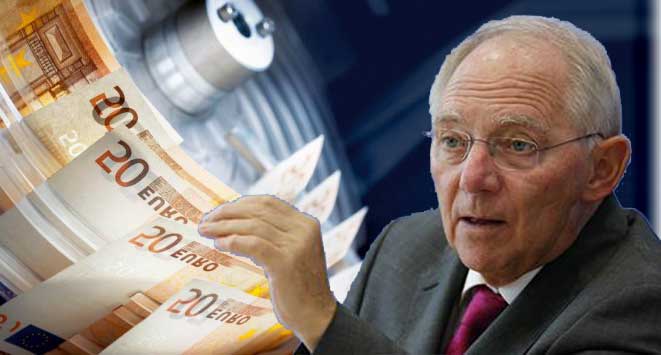 German Finance Minister Wolfgang Schaeuble ruled out another debt restructuring for Greece in an interview with Spiegel magazine due to be published on Saturday and urged Greek politicians not to promise more than they can deliver during the election campaign.
“That’s out of the question,” Schaeuble said, according to an advance interview excerpt, commenting on a suggestion from Greek main opposition SYRIZA that if it takes power, it will seek to cut or cancel a big chunk of the country’s debt.
The German Minister also called for Greek politicians not to create unrealistic expectations on the issue. “Politicians in Greece must also be careful not to promise more before the election than they can actually deliver afterwards,” he was quoted as saying.
Schaeuble noted that all signed agreements are binding for Greece but added that the country had made much progress and that its economy was growing faster than that of many other Eurozone countries.
“Greece does not have a problem with debt at the moment,” Schaeuble said, and added that the next government will have to stick to the agreed reforms.
“In the end, all these are in the Greeks’ interest. They are not doing it for us but for themselves.”
(source: ana-mpa)