George Papandreou: Memorandum Was a Medicine 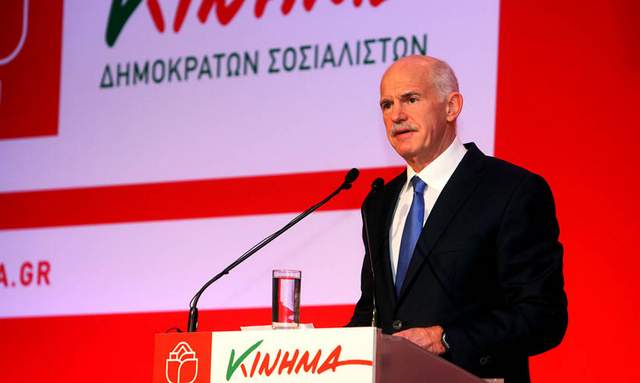 If the Memorandum was not signed, Greece would have been bankrupt. This is what former Prime Minister George Papandreou underlined during an interview on Greek TV earlier today. “The Memorandum was signed for a reason, it was a medicine,” Papandreou said, justifying his decision to lead the country towards the international support mechanism. “In 2009, I put my own head in danger for the country, we took a hot potato in our hands with no one’s assistance,” he added.

Asked about the infamous European leaders’ meeting in Cannes, Papandreou described a certain episode that took place: “I went to our partners in 2009 and told them that there has been a fraud, I told them about Greek statistics and they laughed… In the beginning, the accepted that no cuts in salaries and pensions should be made, but then we were hit by the markets and the conservative neoliberal policy came… Europe did not support us, a Prime Minister said ‘let Greece go bankrupt’ and I responded appropriately,” the Democrat Socialists Movement (KIDISO) leader said.

“I did not change everything, but I did try,” Papandreou highlighted when asked about his administration’s mistakes, while on a question regarding the situation within his former party, PASOK, when he was in charge, he directly attacked Evangelos Venizelos, without naming him, saying that he was overthrown by certain interests, which also halted the progress of reforms.

Finally, talking about his new party and his departure from the party his late father, Andreas Papandreou, founded four decades ago, he underlined that he took this decision in pain, although it is PASOK that changed its identity and not him.