GRNews
GreekReporter.comGreek NewsArchaeologyAlexander the Great Virtual Museum to be Completed End of 2015

Alexander the Great Virtual Museum to be Completed End of 2015 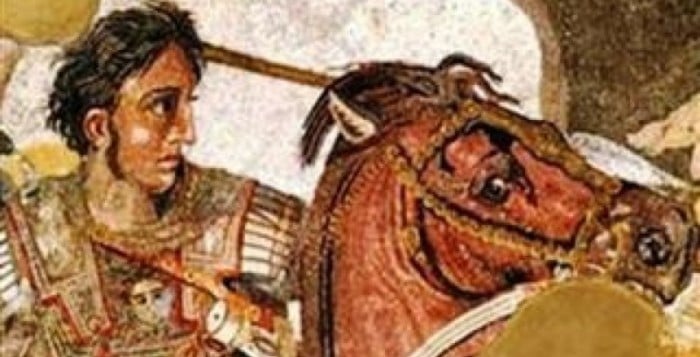 The virtual museum for Alexander the Great, which through the internet will present the personality and the legacy of the Macedonian king to the whole world, is expected to be completed at the end of 2015, archaeologist, head of the Imathia Antiquities Ephorate and initiator of the project Angeliki Kottaridou said at an event held at Ianos bookstore.
A five-hour documentary, seven thematic units, 304 objects which will serve as a starting point to unfold aspects of the Hellenistic world and 3,500 texts make up the virtual museum that will run through the centuries, from the beginning of Macedonia until the modern time references to Alexander the Great.
Apart from the virtual museum, Kottaridou also referred to the Polycentric Museum of Aigai, Greece, the building of which will be completed this year.
“The idea was to create an open museum that is in discourse with the visitors and embraces the whole region. We are creating units scattered around, a vast archaeological park of 50 hectares including the tomb cemetery,” she explained.
She also commented on the excavation at the ancient Amphipolis site. Kottaridi estimated that the tomb includes more than one phase and that the findings date back to the 2nd century BC.
She also criticized the excavation team for “taking the hypothesis as a given fact.”
“The case of Amphipolis showed us some sociological boundaries and what happens when you consider a hypothesis a given case; the hypothesis that Alexander’s family is there may be impressive to many people, but saying such a thing requires strong evidence. When you do so and you cannot support it, then you have a problem,” she said.
“If I say that this tomb is the biggest one that exists and it is not even a tomb but a natural hill, then I probably have a problem. This means I cannot tell what I wish for from reality. When I find a big hole in the grave, I know it’s been tampered with or there is at least 95 percent probability it has been tampered with. If for four months I tell reporters it has not been tampered with and it has been so, then I have a problem. I do not care what the political leadership says; I, as a scientist, have a problem.”
She also ruled out the possibility of Alexander the Great being buried in Amphipolis, Greece . “If there is something that we know, this is that Alexander the Great is not there. When I wrote this, many people told me this was upsetting as they wished he was buried there. I do not want to find the deceased Alexander, I am not interested in buried bones and I do not believe I will find any. I would rather look for his living memory,” she noted.
(source: ana-mpa)