University of Athens Rector: If SYRIZA Wins, Education Will Return to 'Black Era' 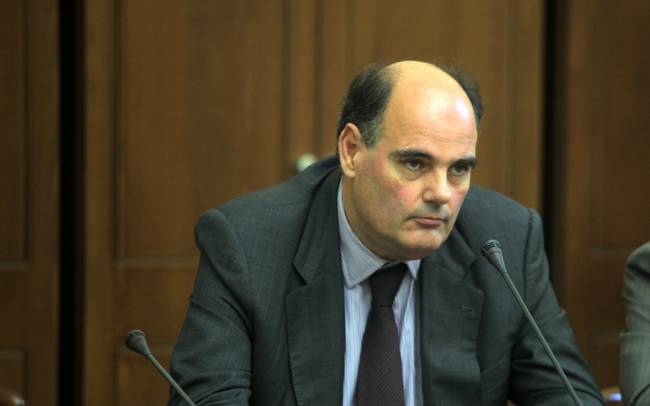 University of Athens rector and parliamentary candidate Theodoros Fortsakis referred to the honor he has been given by New Democracy, which chose him to lead the party’s State ballot. Furthermore, Fortsakis thanked the ruling party for giving him the opportunity to express his opinion and commented on the country’s present situation.

Clarifying he is not a member of New Democracy, Fortsakis highlighted that Greeks are “at a stage in which a battle is conducted that will be really decisive for the country’s future.” In addition, the rector, who has been in a long dispute with the university’s students due to his controversial decisions regarding the guarding of the institution’s central facilities and other “hot” issues, characterized the education’s open issues as part of the wider political problem Greece is currently facing.

“I feel that the university’s best defense can now be achieved from a political rather than an academic ‘step.’ The university’s institutional strengthening is a priority for me, something that can no longer be achieved by the campus,” he underlined, justifying his choice to be involved in politics, while he clearly attacked SYRIZA for its proclaimed education program. “If SYRIZA wins (the elections), their Education program will take us back to the university’s dark era,” Fortsakis highlighted, referring to the transaction status’ restoration.

Fortsakis was among those who opposed the administrative staff strikes and has been in open conflict with University of Athens students on the issue of guarding its buildings by private security employees, financed by the institution. His decision led to numerous pan-educational demonstrations on November and December 2014.

The new summertime schedule of operation for archaeological sites and museums in Greece will kick in later in April this year.
Crime

Greek journalist Giorgos Karaivaz was murdered outside of his home in the Athenian suburb of Alimos Friday.