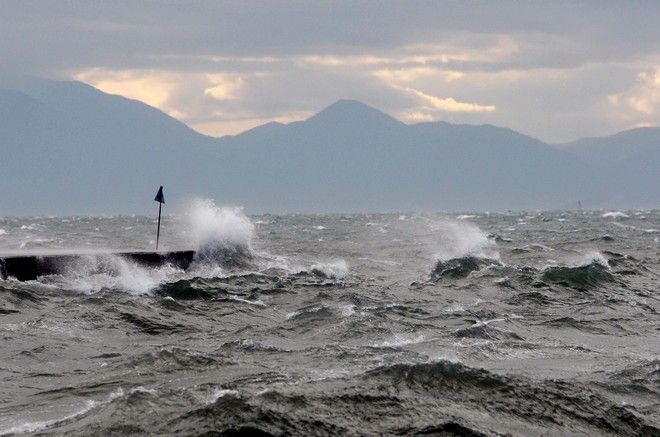 One death and two injuries have been recorded in Greece due to deteriorating weather conditions in the eastern island of Lesvos when their car was crushed by an uprooted poplar in the road connecting the island’s capital town Mytilene and Agiasos. The dead is a 44-year-old woman, while her 50-year-old husband and another woman, 31 years old, were also injured by the crash.

The stormy winds have forced ships to remain in the ports across the country, as according to weather forecasts, they will even reach eight to nine on the Beaufort scale. A departing prohibition has been imposed for the ports of Piraeus, Rafina and Lavrio, while a similar prohibition has been imposed on most of the country’s northern and central ports, such as Alexandroupoli, Igoumenitsa, Volos and others. Services from ports to the Aegean islands have been suspended earlier this afternoon.

Meanwhile, the Fire Department has received more than 70 calls for cutting uprooted trees and removing objects, just in Athens.

Apart from the eastern and northern Aegean and Thrace that have already been affected by the new cold wave, hit by strong winds and snowfall, Athens is also expected to be affected, while snow might fall in the surrounding mountains of Parnitha, Penteli, Kitheronas and Pateras.