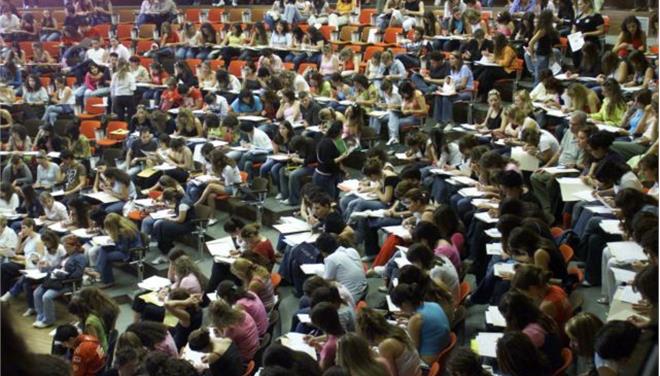 A significantly increasing number of Greek students have signed up for postgraduate studies over the past five years – during which the country has been hit by the economic crisis – in an attempt to increase their skills and boost their chances in an increasingly tough jobs market.

According to Greek newspaper “Kathimerini,” some 50,000 Greeks have registered for a master’s degree or doctorate since 2009 with some 15,000 having secured a postgraduate certificate from a foreign university during that time.

In view of the high unemployment rate in Greece – it still remains above 25% after dipping from a record 28% in the fall of 2013 – many young Greeks appear keen to secure the grant that often accompanies a doctorate or master’s degree in order to make ends meet until a job opportunity presents itself. The majority of postgraduate students choose to specialize in sciences, followed by economic studies and information technology.

At the same time, academics have also shown an increased interest in postgraduate studies in an attempt to tap into the new trend, while securing their own positions in Greek universities. As “Kathimerini” stressed, the senate of one of the country’s largest institutions recently approved 20 new postgraduate programs.

According to Vaso Kinti of Athens Univeristy, the abundance of new postgraduate courses does not necessarily correlate to academic needs but to a need for additional revenue.

A Greek scientist is developing 6G technology after receiving a 2 million euro grant to pursue the project at Queen’s University, Belfast.
Animals

If a new law being drafted in Athens is passed, owners of a legendary breed of Greek hunting dog may be forced to retreat into the wilderness.