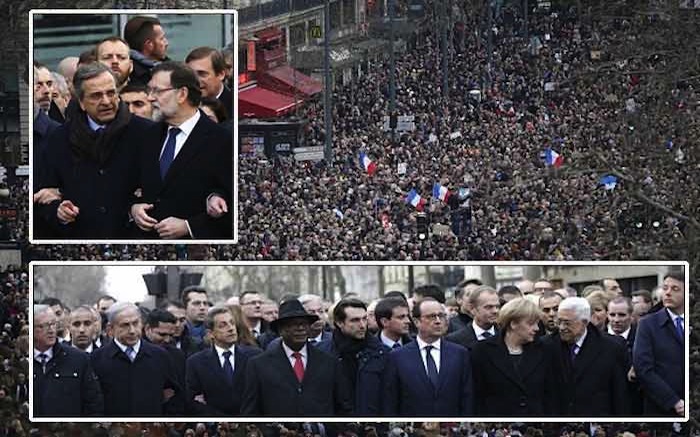 Heads of state and the European Union leadership, along with millions of people, attended today the solidarity march in Paris for the victims of the multiple Islamist attacks. At the same time, the security measures were draconian, as some 2,200 police officers and snipers were guarding the route of the three-kilometer march, which starts from the historic square of Place de la Republique. In addition, another 1,350 soldiers have been transferred to Paris to guard potential targets. 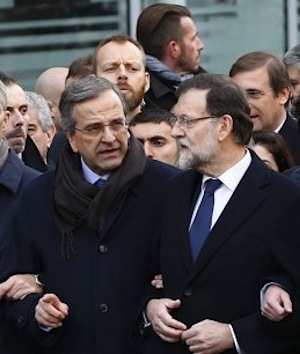