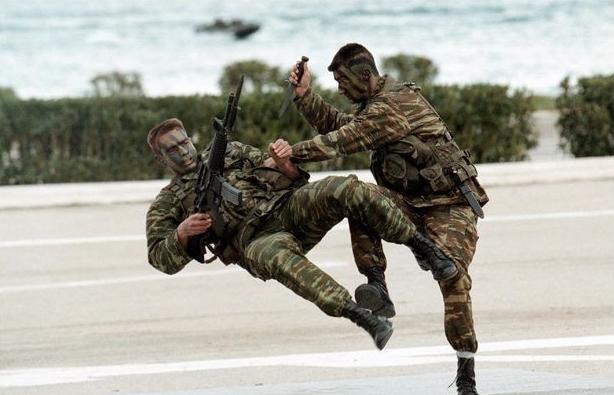 In an attempt to shield its national defense, the Australian government is seeking qualified soldiers from abroad, while the recruitment campaign is also addressing Greek and Greek-Australian citizens.

Among other specialties, the Australian Department of Defense is seeking shooters, counter intelligence agents and qualified fighter jet pilots, while the government has already issued a visa for 135 people who will work for the country’s elite units. The military recruitment from abroad has increased since 2012, while the appointment of some 36 foreign employees on the defense sector is currently pending.

The Australian Defense Ministry has already given funds to attract the elite military personnel. “In fact, this is not a waste of time, on the opposite, we save money as we do not spend time for staff training. There are not many good shooters in the world and it takes some 15 years of training for one to gain enough experience. It is impossible to hire someone from the streets,” the Ministry’s Executive Director, Neil James, said. “We do not have the means, so it is in our advance to look abroad. There is a clear preference to search for employees in the countries of the British Commonwealth since our tactics have more similarities,” he concluded. So far, the majority of hired soldiers originate from Britain, Germany, Canada, Poland, USA and New Zealand, while the interest has spread to Greece.

Growing up black in Greece? Patricia Kumbakisaka, 31, one of Canada’s most accomplished young black women, has done it. Here she describes her life in Greece.
Greek News

Greek-American Andreas Holevas may be the only man to obtain a Greek passport just to serve the country of his ancestors as an Evzone.