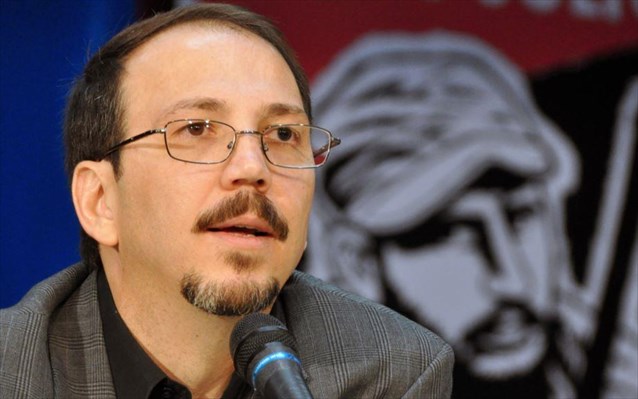 Alejandro Castro Espin — son of current Cuban leader, Raul Castro, and nephew of iconic figure of the Cuban Revolution and former leader of the island, Fidel Castro — during a visit in Athens, denied the rumors of his uncle’s death, pointing out that he met with Fidel Castro two days before he left Cuba.
Furthermore, he underlined that his uncle is very healthy and working as usual, while he added that if something happened to the historic leader of Cuba he would be amongst the first to know it, along with the Cuban people.
Alejandro Castro Espin who visited Haidari, in western Athens, reiterated he is delighted to be in Greece and thanked the Greek people for their hospitality, as they made him feel like home. He also spoke of the similarities between the Greek and the Cuban people saying, “We have always been close to each other, despite the distance and the sea between us, despite one being in the East and the other in the West,” he highlighted.
Furthermore, on Thursday, Alejandro Castro Espin visited with internationally acclaimed Greek composer, Mikis Theodorakis and described the two hours they spent together as historic.
The Mayor of Haidari, Mihalis Selekos, hosted a lunch in honor of the Cuban official, during which he accompanied the orchestra singing the song “Hasta siempre comandante,” dedicated to Che Guevara.