Greek PM: 'We are all Charlie' 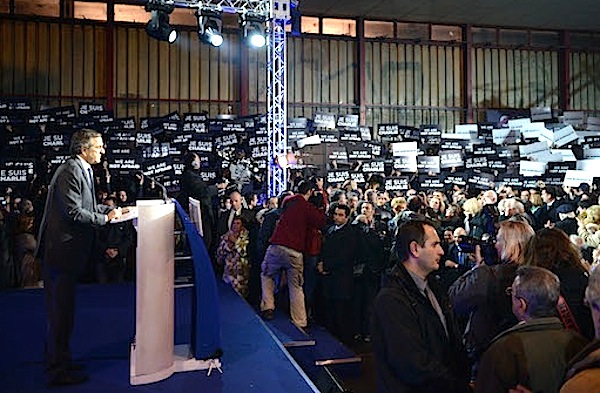 Expressing optimism that his party New Democracy (ND) would win the elections at the northern suburb of Maroussi, Greece, on Thursday, Greek Prime Minister Antonis Samaras reiterated his pledge of no further cuts in wages and pensions and focused his speech on attacking the main opposition Radical Left Coalition (SYRIZA) for what he said were plans to take Greece out of the eurozone.
“We will win because we believe in Europe,” Samaras said, adding that “we promised we would exit the memorandum; we managed primary surpluses and we will exit the memorandum a year sooner than expected.”
Samaras also referred to the Paris massacre of “Charlie Hebdo” staff by Islamists on Wednesday, saying “We are all Charlie” and “every serious country takes measures against terrorism, and Greece belongs to these serious countries” as he accused SYRIZA of “wanting to dissolve police and disarm them, and open borders and naturalization of immigrants.”
He also expressed certainty that the people would punish a minority of deputies who led the country to elections, with their vote.
Samaras is scheduled to tour the Eastern Aegean island of Rhodes, Greece, on Friday and will give a speech at the Rodos Palace Congress Centre at 5:30 p.m.
(source: ana-mpa)