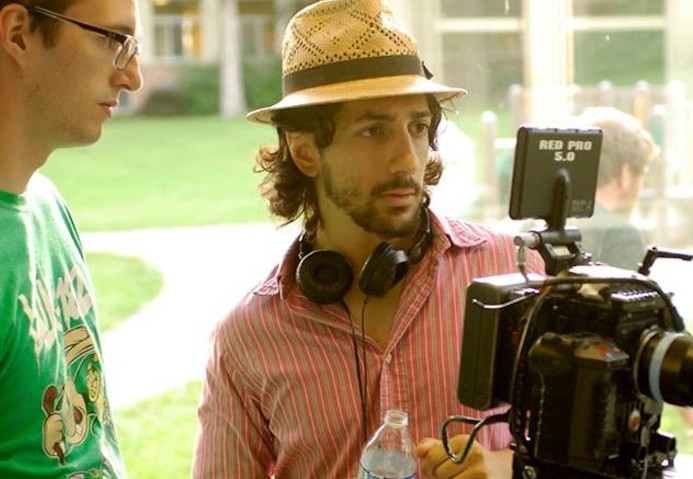 Michael Angelo Zervos, the Greek-American producer behind “Papou,” just completed work on a new film, directed by 18-year-old Michigan director Luke Jaden. The new project, entitled “King Ripple,” is Jaden’s fourth film and the first in which he both directs and acts.

Jaden spoke about the difficulties he faced while being both in front of and behind the camera for this film; he said that “as a director, you have to be behind the camera, paying attention to every little detail from a bird’s eye view. But I couldn’t do that on this project. I had to get into character, look at the acting notes and rehearse lines. On this one I decided to take a step back.”

While acting, Jaden depended much on the experience of his producers, both Zervos and Phil Wurtzel (“Cawdor”), to help behind the camera.

“I had to trust the DP and the producers. They believed in me when I was behind the camera but I had to believe in them when I was in front of it.”

“Luke took a risk directing a film in which he was also expected to perform,” said Zervos. “The conditions of production were challenging with near freezing temperatures and all location shooting. Taking on this additional challenge could have broken a less driven individual but Luke has never lacked the perseverance to succeed.”

“King Ripple” is currently in post production and expects a completion by mid-2015. For more information on the film, visit http://Motherandmidwife.com or Facebook.