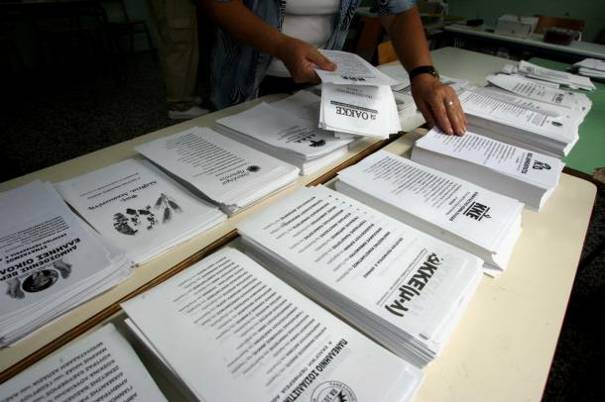 Under the presidency of Greek Prime Minister Antonis Samaras meets tomorrow New Democracy‘s executive secretariat in order to finalize the ratification of the party’s election ballots, which will shortly after be published.

According to reports, the renewal in the nominations reaches almost 60% and the persons involved are well-known in local communities. Doctors, lawyers, engineers, members of chambers and associations, local and regional officials as well as MEP candidates are among those to participate in the upcoming January 25 elections.

“It is the first time we are so well prepared,” said New Democracy’s executive members and emphasized that, despite the various press leaks, there was great willingness to participate in the ballots.

Similarly, Greek main opposition SYRIZA‘s central committee met today in order to take its final decisions on the matter. The special committee charged with the ballots drafting has completed its work and is expected to submit its proposals to the central committee, which might proceed with limited differentiations. The final ballots will be published tomorrow.

According to Greek media, former Independent Greeks (ANEL) and later independent MP, Rachel Makri, who was expected to be a candidate in Grevena and not in Kozani where she was elected in the 2012 elections, is ultimately eliminated from the ballots. Independent MPs Markos Bolaris and Chryssoula Giatagana also stayed out of the ballots, despite the second’s expressed will to run for the elections at Thessaloniki.

The Dark History of The Greek Island Paradise of Trikeri