Terrorist Xeros Back to Prison, Second Hideout Discovered Near Athens 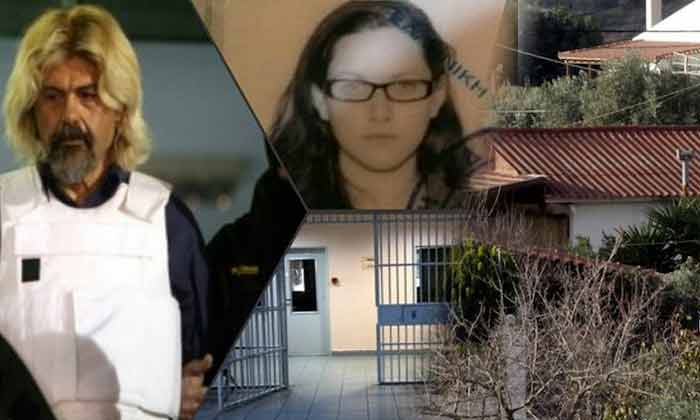 Terrorist Christodoulos Xeros returned to Korydallos prison after the mutual approval of prosecutor and attorney following his typical – as he declined to cooperate – testimony. At the same time, Greek Police discovered a second hideout of the former “November 17” member, apart from the one in Anavyssos that was revealed on Saturday, along with his arrest. Xeros’ second hideout is located in Loutraki, near Athens, Greece .
Xeros, 12 years after his arrest as a major “November 17” member is now facing further charges as the head of a “so far unnamed” terrorist organization and returns to Korydallos prison as a convict of “November 17” but also charged for the Anavyssos case, where heavy weaponry and plans for the new attack against the Korydallos prison, under the codename “Gorgopotamos,” were discovered.
The sentenced to six life terms plus 25 years imprisonment for his participation in “November 17” terrorist organization in fact refused to give an apology to the judge, saying that he refuses to participate in the process and that he is not interested in answering the prosecutor’s questions.
Xeros’ statement, which he requested to be taken as his testimony, was the following: “Our country is under the foreign occupation of the Troika and Merkel, and I consider resistance as my obligation. Those mechanisms supporting the occupation forces and their local collaborators have no authority to question me. Instead, as part of the mechanism, you are the ones who should apologize to the people and history.”
In Xeros’ second hideout, which was rented under the fake name of the terrorist’s female associate, whose ID was also discovered in the first hideout, policemen discovered heavy explosive material as well as two stolen vehicles (a van and a jeep) that would allegedly be used during the hit to Korydallos prison.