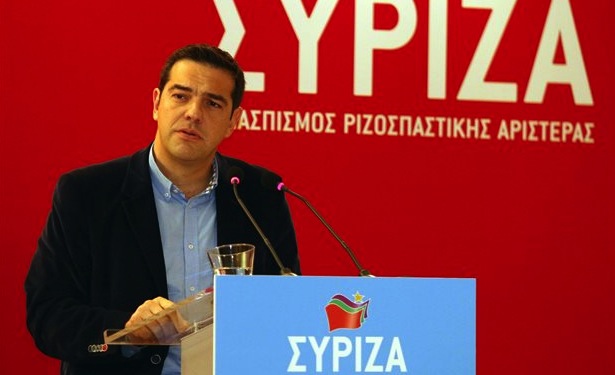 The President of main opposition Radical Left Coalition (SYRIZA) on Saturday invited all social forces that “suffered from the memorandum disaster, struggled and are fighting for political change in the country and for the victory of our people” to join forces in the upcoming general elections.
Speaking to a meeting of SYRIZA’s central committee, Alexis Tsipras said he is mainly opening up towards the Left and called on leftist socialists, extra-parliamentary leftist groups, the Communist Party of Greece and ANDARSYA to “realize that the battle we have to give is above the existing differences within the Left.”
He said it’s a battle that concerns the present and future of labor forces and the popular movement.
“We are urging them to set aside everything that divides us and work each from his own post to end the social disaster, to overthrow the memorandum government and replace it with a government that places the interests of the majority in the center,” Tsipras noted.
He also urged Green and anti-memorandum parties which agree in principle with the program presented by Tsipras in Thessaloniki to cooperate with SYRIZA and to supplement it with their own priorities.
Commenting on the negotiations with the Democratic Left (DIMAR) which fell through, the president of SYRIZA said that despite their recent disagreements, his party was monitoring closely the political processes that followed DIMAR’s departure from the government coalition and added that both parties agree that a change in government will be beneficial.
Tsipras clarified that his position and invitation extended by SYRIZA are sincere and that the party will respect the decisions of DIMAR, whatever they may be. He also added that even if there’s no cooperation before the elections, the need for a broader coalition will remain after the voting.
(source: ana-mpa)