Illegal Migrants Board Ships to Italy Without Tickets 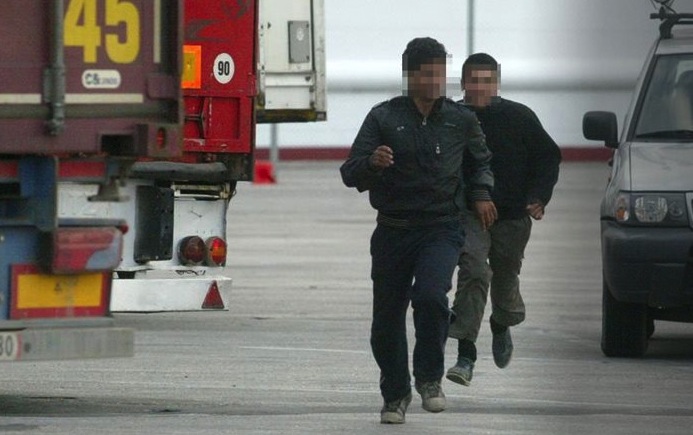 The tragic Norman Atlantic incident has surfaced the major issue of illegal migrants who board ferries in Patras and Igoumenitsa, Greece, in order to reach Italy. People who have escaped from the war in Syria, Afghanistan or Pakistan are sneaking into ferries, sometimes even paying a substantial amount to truck drivers to hide them in their vehicles or sailors to turn a blind eye.
A similar incident occurred in the case of Norman Atlantic. A young Syrian illegally boarded the ferry, probably in the port of Patras and hid in the ship, waiting to disembark in Ancona. However, he was not alone and according to his statement at least ten illegal migrants managed to sneak on board.
“We gave a life jacket to a child, but I do not know where the child is,” stated the young Syrian to police officers in Bari, adding that he was also unaware of the whereabouts of the other migrants who had managed to get on the ship. Bari prosecutor, Giuseppe Volpi expressed his concern about the increasing number of people who perished on Norman Atlantic, noting that it is possible that more people had boarded the ship without the necessary documents.
In recent months, the illegal migrants issue has grown, especially in the two major ports of Igoumenitsa and Patras. The number of illegal migrants who board ferries without the necessary documents has increased significantly. They usually hide in trucks or other unlikely places, such as the axles where it is difficult for Greek authorities to spot them.
However, if the Greek police or coast guard uncover such an incident, protocol is to seize the vehicle and its cargo and arrest the truck driver who, if convicted, faces a heavy prison sentence.