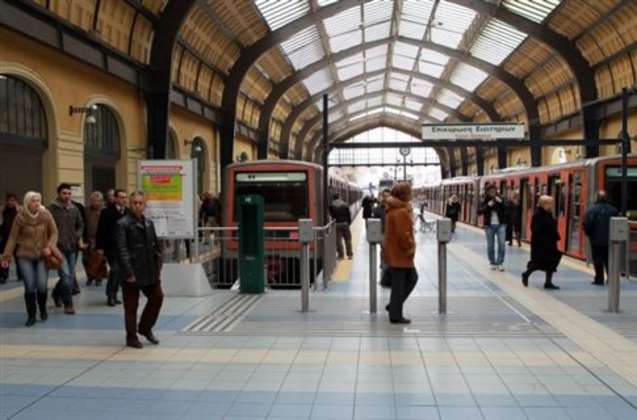 In 2016 commuters in Athens will be able to use smart cards in order to move around the city using public transport after a deal that was signed on Monday.
The Athens Urban Transport Organization (OASA) signed a deal with the consortium LG-Terna for the creation of a new ticket system that will be used from 2016 in the Greek capital’s public transport. The new system will be based on a contactless smart card that can be preloaded with credit ahead of time, or loaded with weekly and monthly fares (travelcard).
The cards will be swiped over electronic readers at the moment of entry into a public transport vehicle and then once again when the commuter disembarks. They will be used in all forms of transport from buses, to trams and metro trains.
“The new electronic tickets will offer many possibilities to commuters, they will play a key role in reducing the percentage of people who travel without a ticket, it will provide better quality services to citizens and it will add a modern touch to the public transport system of Athens, stated the Deputy Minister for Infrastructure, Transport and Networks, Michalis Papadopoulos.
Meanwhile, the Greek Parliament also voted on a new amendment, just before Christmas, which will allow 287 metro workers in Athens, whose contracts expired, to be rehired. The amendment was approved by the coalition government and the opposition party, SYRIZA.