Roads Closed in Greece Due to Heavy Snowfall 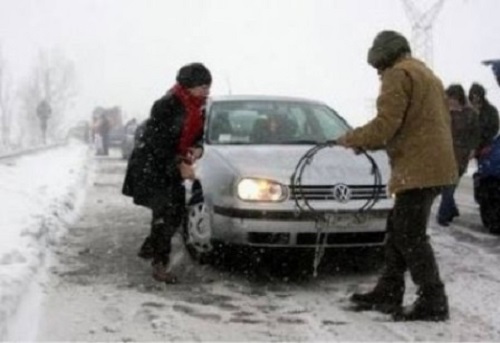 Icy weather and heavy snowfall has hit a large part of Greece, resulting in many roads closing in northern and central Greece, as well as near the capital.
Near Athens, a part of Pendeli Highway has been closed off by order of the police, while snow was falling in the north suburbs. The snowfall in the capital has not created any problems in traffic, however, in northern Greece, police are shutting down rural highways and roads which connect towns such as Kastoria and Ioannina, some of Greece’s major winter tourism destinations.
The heaviest snowfall that has occurred in recent years has also resulted in many ski resorts being closed since there is no way to access them. The ski resorts of Pella and Northern Peloponnese have been blocked due to the heavy snowfall.
Motorists have been advised to avoid certain major roads on the Greek island of Euboea, as well as avoiding any type of travel in northern Greece.
The extreme weather conditions are expected to subside by Thursday.