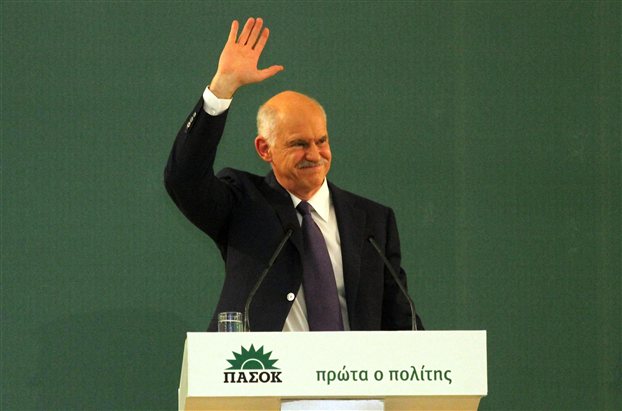 The announcement of the new party of former Prime Minister and PASOK member, George Papandreou, has spread worries in his father, Andreas Papandreou’s party, founded on September 3, 1974. The information emerging from the former Premier’s associates regarding the launch date differ and in essence, the announcement could happen tomorrow, or even at the beginning of 2015.

The first scenario, emerging from Filippos Petsalnikos, wants the new party — moving to the center of the Greek political map – to be launched as soon as tomorrow, only one day after the third successive unsuccessful round of the Greek presidential election. At the same time, according to Mr. Petsalnikos, six PASOK MPs (Loverdos, Koukoulopoulos, Maniatis, Kremastinos and Drivelegas) visited George Papandreou in his office in the Greek Parliament in order to dissuade him and to refrain him from creating the new party, as such a development would practically signal the end of once powerful PASOK, that governed the country for consecutive years, through the last four decades.

The second scenario, emerges from Mr. Papandreou’s closest associates, who want the party to be launched within the first days of the new year. The intention of Mr. Papandreou remains unknown and the fog surrounding his moves has spread confusion in the Greek political scene. “If he decides it, he will announce it within the next year,” his associates leak, refusing scenarios of an earlier announcement, without though specifying the exact date.

Parallel to the above, the speculation regarding a possible resignation of the Greek coalition government’s Vice President, Evangelos Venizelos, from the presidency of PASOK and his temporary replacement from current Education Minister, Andreas Loverdos, or PASOK member Nikos Androulakis are increasing. “There is no way Venizelos will resign,” senior PASOK officials reply.