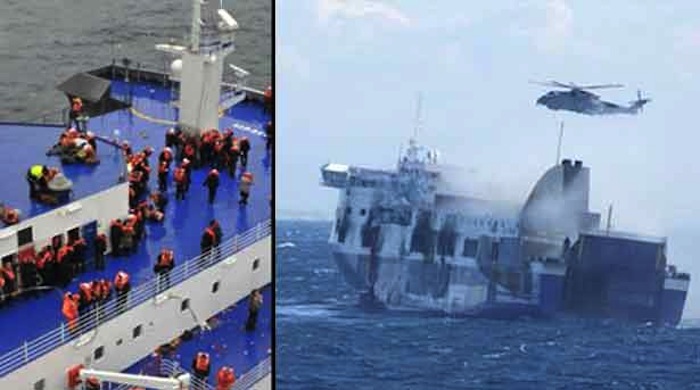 The number of deaths resulting from the burning ferry-boat “Norman Atlantic” has increased to ten according to the latest information emerging from the Italian Coast Guard and the country’s media. In addition, increasing worries are expressed regarding the number of those missing. The Italian authorities announced, at around 4:00 pm local time, that the rescue operation was completed. Out of the total of 478 passengers and crew members who were on board, only 433 of them have been transferred to safety, leaving a significant gap between the registered passengers and those who have already been identified. 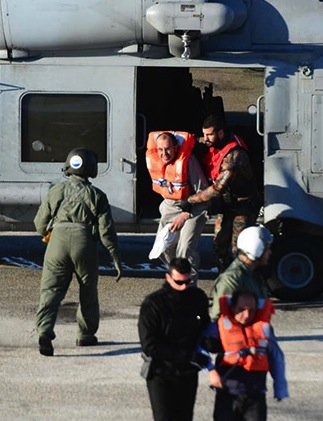 The representative of the Hellenic Coast Guard, Nikos Lagadianos, stressed that investigations — undertaken by specially trained officers of the Italian Coast Guard — inside the vessel are still in progress, while the Search and Rescue Centers of the two countries are in constant communication to cross check the list of the ship’s passengers. The list has been submitted by the shipping company along with the list of survivors, as given by Rome’s Search and Rescue Center, to verify if there are people missing.

In addition, the General Inspector of the Hellenic Coast Guard has already arrived in Rome, while the Greek side has proposed the transition of a special squad of the Greek Fire Brigade and the Coast Guard in order to reinforce the search operation. Two Super Puma helicopters are already participating in the operations, although these will be gradually replaced by two AB-205 of the Hellenic Air Force, as well as two NH-90 of the Greek Army and two S-70 of the Greek Navy, taking off from “Navarinos” Frigate. 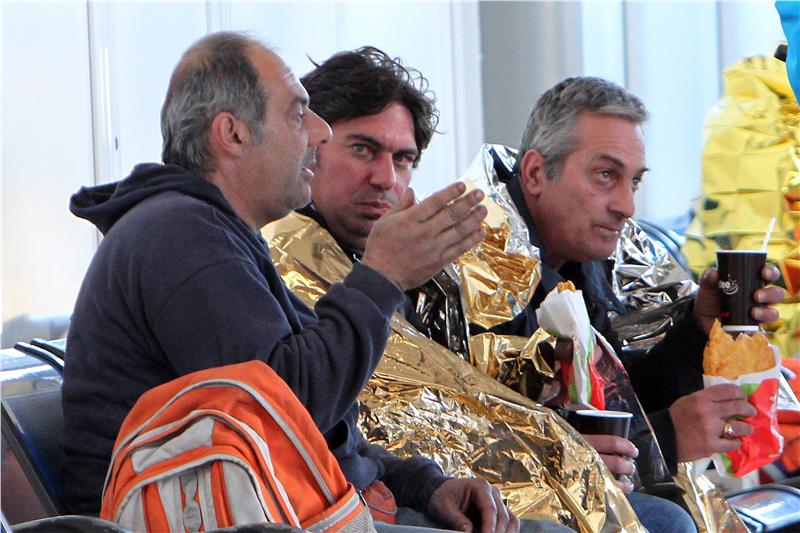 Furthermore, along with the rescue operation, groups of survivors have already been transported either on vessels sailing in the area or on land, while the “Spirit of Piraeus,” which also took part in the operation, arrived today at the Italian port of Bari, carrying 49 survivors. Additionally, seven more — six Greek and one foreigner — were transported to Corfu with a helicopter of the Greek Air Force and were later transported to the hospital. A total of 69 survivors — among them 38 Greeks — on board of “Cruise Europa” arrived at the port of Igoumenitsa, where they will undergo medical examinations.