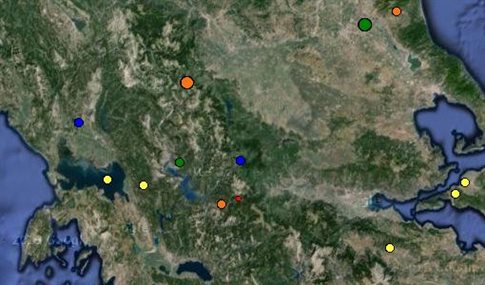 According to data from the Athens Geodynamic Institute, the size of the seismic event, recorded at 7:40 a.m., was 3.8 degrees on the Richter scale and was centered in the area of ​Vatsounia in the Karditsa prefecture.

The Institute of Geophysics of the Aristotle University of Thessaloniki announced that the epicenter was located 33 kilometers southwest of the city of Trikala.

No injuries or damages have been reported to the authorities.