Third Round of Voting for Greek President 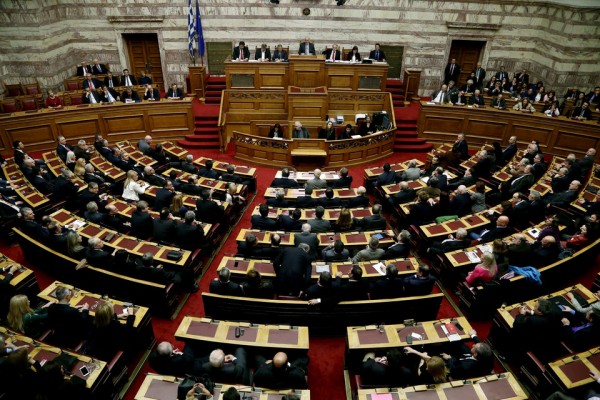 The Greek Parliament is voting in the third and final round in order to elect a new President of the Hellenic Republic on Monday, at 12pm. Failure to get the required 180 votes will lead to national elections.
Ruling coalition candidate Stavros Dimas did not gain a two-thirds majority, or 200 MP votes, required in the first two rounds, on December 17 and 23.
In the first round, Dimas got 160 votes (135 MPs abstained and 5 were absent) while in the second round he got 168 votes (131 voted “present” and one was absent).
Coalition partners New Democracy and PASOK have called for national consensus in order to allow Greece to complete the fiscal adjustment program, which got an extension from the end of the year to the end of February 2015.
In an interview to be aired on Saturday evening, Prime Minister Antonis Samaras is expected to issue a call of support, appealing to MPs not to jeopardize Greece’s future.
(Source ANA-MPA)