GRNews
GreekReporter.comGreeceGreek Presidential Candidate: I Will Not Accept Being Elected With Golden Dawn...

Greek Presidential Candidate: I Will Not Accept Being Elected With Golden Dawn Votes 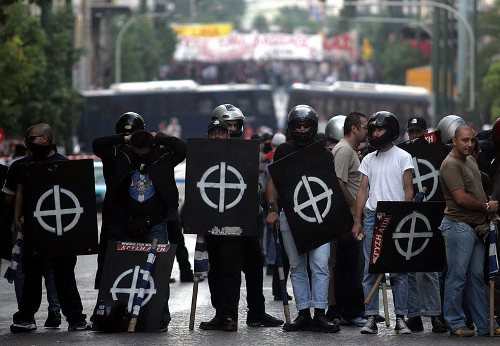 Greek Presidential candidate Stavros Dimas ruled out the scenario of being elected as the next President with the votes of neo-Nazi party Golden Dawn. “As I respect the democratic institutions, I will not accept being elected President of the Republic with Golden Dawn votes,” Dimas underlined, commenting on the ongoing speculation that the xenophobic party’s MPs could vote for him.
Nevertheless, Greece ‘s Administrative Reform Minister, Kyriakos Mitsotakis, and Parliament Third Vice President Christos Markogiannakis appeared to be in line with Dimas, dismissing the scenarios that want ruling New Democracy to be accepting Golden Dawn’s support.
Commenting on the scenarios regarding a possible effect Golden Dawn MPs’ votes could have on the result of the third ballot for the election of a new Greek President, Mitsotakis told Greek television: “Don’t even think about it. There will be New Democracy MPs who will not vote for a President if Golden Dawn says ‘yes’… I refuse to join forces with Golden Dawn for the President’s election. My vote will not contribute to the legitimization of Golden Dawn through the Presidential election. I will vote ‘present’; and I believe I will not be the only one to do so.”
Markogiannakis said that “we do not accept support from a criminal organization.”