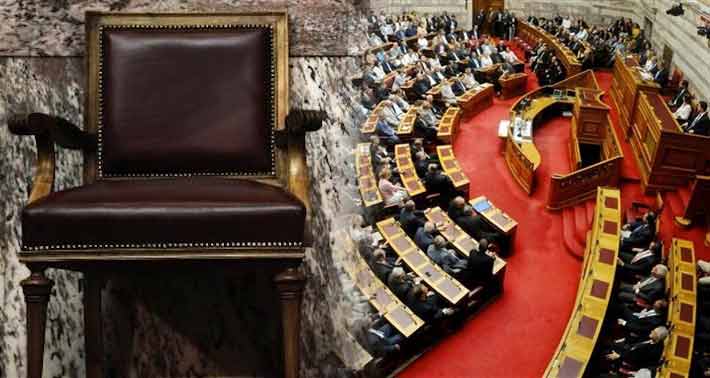 The second round of voting concluded with a negative result on the election of a new Greek President by the Greek Parliament a few minutes earlier. The only candidate nominated by the coalition government partners, New Democracy and PASOK, and Greek Prime Minister Antonis Samaras’ favorite, is the former Foreign Minister of the Papademos administration, and former EU commissioner, Stavros Dimas.
‘Yes’ to Dimas’ election voted a total of 168 MPs, while 131 blank votes opposed the election. One MP was not present during the vote.
During this second round, at least 200 votes were needed in order to elect a new President. The final round of voting takes place on Dec. 29, where 180 votes are required — as the Greek Constitution declares.
With 168 votes in the second round, the Greek coalition government is seeking at least 12 additional MPs willing to vote for Dimas in order for the country not to be driven to snap general elections. The Greek Constitution states that if a President is not elected, the country must hold general elections within a month.
The main opposition party leading the latest polls, SYRIZA, has not nominated any candidate for the Presidency of the Hellenic Republic as it actively asks for general elections.