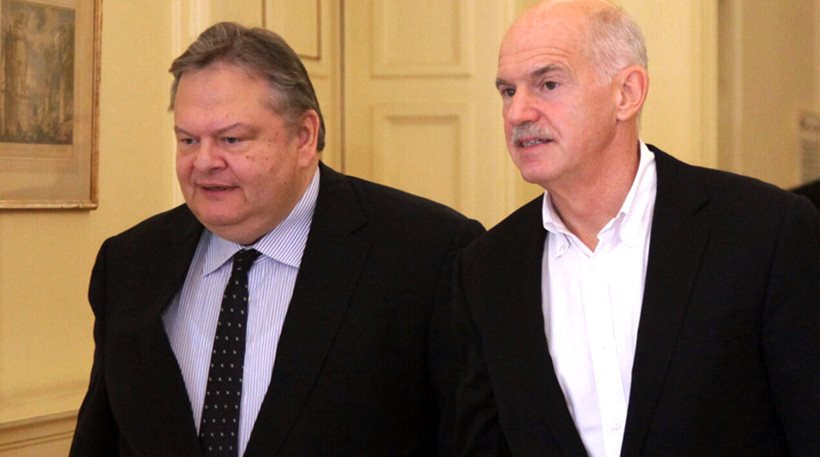 Former Greek Prime Minister and PASOK leader George Papandreou will reportedly announce the formation of a new political party by the end of 2014, according to Greek television.
In the last few months, Papandreou has been seen distancing himself from the center-left party founded by his father, Andreas Papandreou, in 1974. There are hints that he is preparing to form a new party with PASOK members that are close to him.
Current PASOK leader Evangelos Venizelos is making efforts to maintain the party’s unity that has been on a downslope. Venizelos asked to meet with Papandreou before the second Presidential ballot at the Greek Parliament. The meeting lasted twenty minutes and Venizelos later hinted that the two men did not agree on anything. PASOK sources say that Venizelos proposed a party convention in early January and Papandreou declined.
“We will make all efforts to keep the party united,” said Venizelos. He also noted that Papandreou belongs in the PASOK ballot.
At the same time, Papandreou appears ready to proceed with the establishment of his new party. The official announcement is estimated on December 30, one day after the scheduled third ballot for the election of the Greek President.
However, Papandreou refused to comment on the matter.
According to iefimerida.gr, the dialogue between the two men was as follows:
Venizelos: “George, they say you will form a party.”
Papandreou: “I read that myself too, Vangelis…”
Venizelos: “You have to be on the lists of PASOK. You can dispute me after the elections. You have the moral and political obligation to be on the lists of the party from which you emerged. I speak as the President of PASOK, but also as a friend of your father, Andreas Papandreou. Your place is in the PASOK ballot so we can fight the election battle together, whenever that be. I am open to whatever you want.”
Papandreou: “What PASOK? The party that went to the European elections as Elia? You know that I disagree with that.”
Venizelos: “We will go to the elections as PASOK-Democratic Alignment with the sun logo. And whoever breaks the Democratic Alignment and PASOK union will be solely responsible.”
Papandreou: “My position is known and publicly expressed. On that I have not received an answer. PASOK needs a rebirth shock.”