GRNews
GreekReporter.comGreeceAll Eyes on the 25 Independent MPs Ahead of the Critical Third... 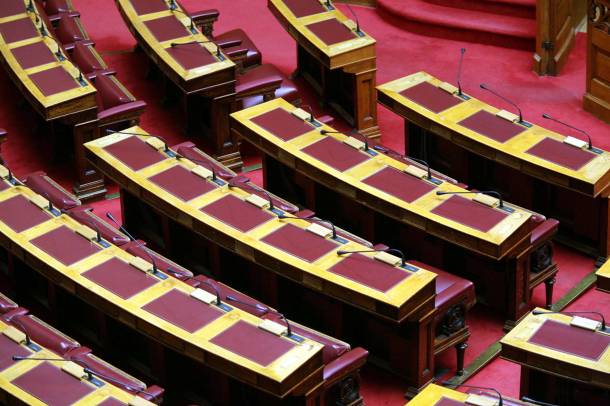 The number of independent MPs currently present in the Greek Parliament reached 25 today, after Niki Founta’s departure from Democratic Left’s (DIMAR) parliamentary group. In terms of numbers, this development means that, at the moment, the independent MPs consist the fourth force in the Greek Parliament, after the ruling New Democracy, main opposition SYRIZA and coalition partner PASOK, and ahead of Independent Greeks (ANEL), DIMAR, Greek Communist Party (KKE) and Golden Dawn.

Bearing in mind that out of those 25, 13 have already voted in favor of the only candidate for the Presidency of the Hellenic Republic, Stavros Dimas, one could easily understand why the two major parties, New Democracy and SYRIZA, have focused on them, as their vote could result to the election of a new President. It should be noted that the coalition government of New Democracy and PASOK currently consists of 155 MPs, while SYRIZA has 71.

“Prime Minister Antonis Samaras’ turn towards consensus was fruitful today. The Presidential election starts now,” independent MP Vassilis Economou, who voted “Yes” to Dimas’ candidacy, said while emerging from the second Presidential ballot, earlier today. Asked on whether a movement of independent MPs has been formed towards the direction of Dimas’ election, he replied that “it is all, and should be, about politics.”

On his behalf, independent MP Kostas Giovanopoulos, who also voted in favor of Dimas’ candidacy, underlined that “the country needs enlightened leadership. When you ask for consensus, you must also offer it,” adding that there is room for common sense. Commenting on his negative vote during the first ballot last week, he said that “there was not something that made me change. My stance in the first voting was a cry for the need for understanding.”

Furthermore, another MP, who changed his vote in favor of Dimas, Panagiotis Melas, commenting on the third round of the Presidential election, highlighted that he cannot make an estimation as “MPs are bound. They are not independent.”