FinMin Hardouvelis: 'Greece will Regain Access to Markets in 2015' 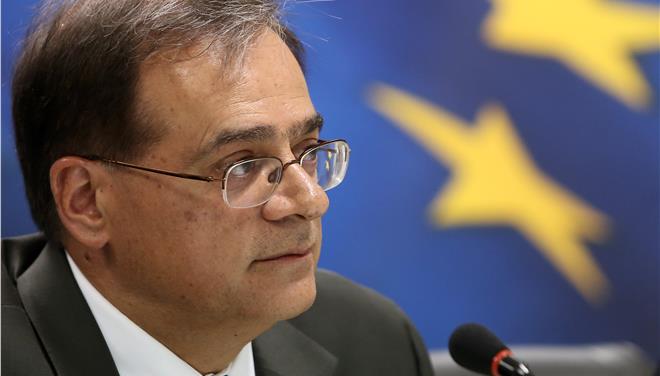 The negotiations with the technical team of Greece’s Troika of lenders “are on a good path and the government has managed to have a positive approach to most of the open issues,” Greek Finance Minister Gikas Hardouvelis said in Parliament on Monday, speaking regarding an amendment that will ratify a two-month extension to the country’s fiscal program granted by the European Commission earlier this month.
The amendment was attached as a rider to a Health Ministry bill and pushes the end of the program from December 31, 2014, to the end of February 2015.
Hardouvelis said the extension will pave the way to receiving the last 1.8-billion-euro tranche from Europe and the double 3.6-billion-euro tranche from the International Monetary Fund (IMF). The release of the tranches are tied to Greece getting a positive final review of the fiscal program by the Troika.
Hardouvelis emphasized Greece’s fiscal needs for 2015, underlining that the country needs to pay out 4.5 billion euros within the next quarter. “With the achievement of an agreement we will enter into a new relationship with our lenders. Greece will regain access to the markets, having, in any case, secured precautionary credit line funding. Market expectations will change for the better, the cost of borrowing will drop and the danger and uncertainty for the country will end,” the Minister said.
He added that “the judicious recourse to markets, calls for an expenditure that will not jeopardise the viability of fiscal adjustment and the public debt; it will be then that the debt issue will be put on the table for discussion, at last,” and he called for political consensus to help the Greek economy avoid slipping backwards and grow instead.
(source: ana-mpa)