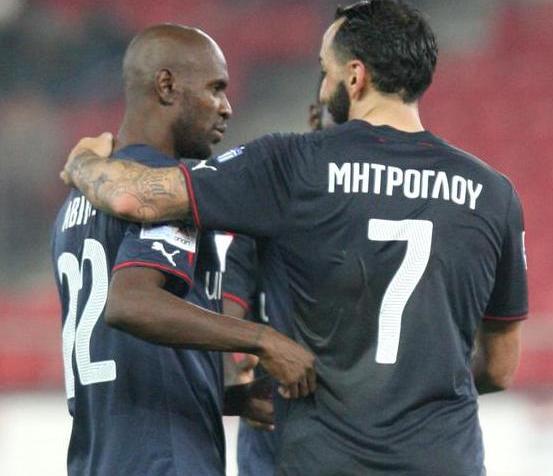 The French soon to become legend, Eric Abidal, wore a soccer jersey for the final time in his dazzling career yesterday. In the match between Olympiacos and Panionios which ended with a 2-0 win for the home team, the two-time champions league winner sent his farewells before, allegedly, moving to the city of Barcelona, to accept the club’s invitation of coaching the Catalan youth.
The former international defender who returned to playing football after undergoing a liver transplant bowed out on a winning note as Kostas Mitroglou fired twice to secure the three points for the reigning champions. The reds’ recent unappealing style of play gathered merely 5,000 fans at the Karaiskaki stadium.
Speculations spreading around the media the last three months have finally found anchor as head-coach Michel confirmed Eric Abidal’s last game.  “I am proud to have been his coach this season. Personal decisions are above those of the pitch” he added.
The 35-year-old will officially announce his retirement at a press conference on Friday despite originally agreeing to a two-year contract. He managed to make fourteen appearances, six in the UEFA Champions League and eight in the Greek Championship.